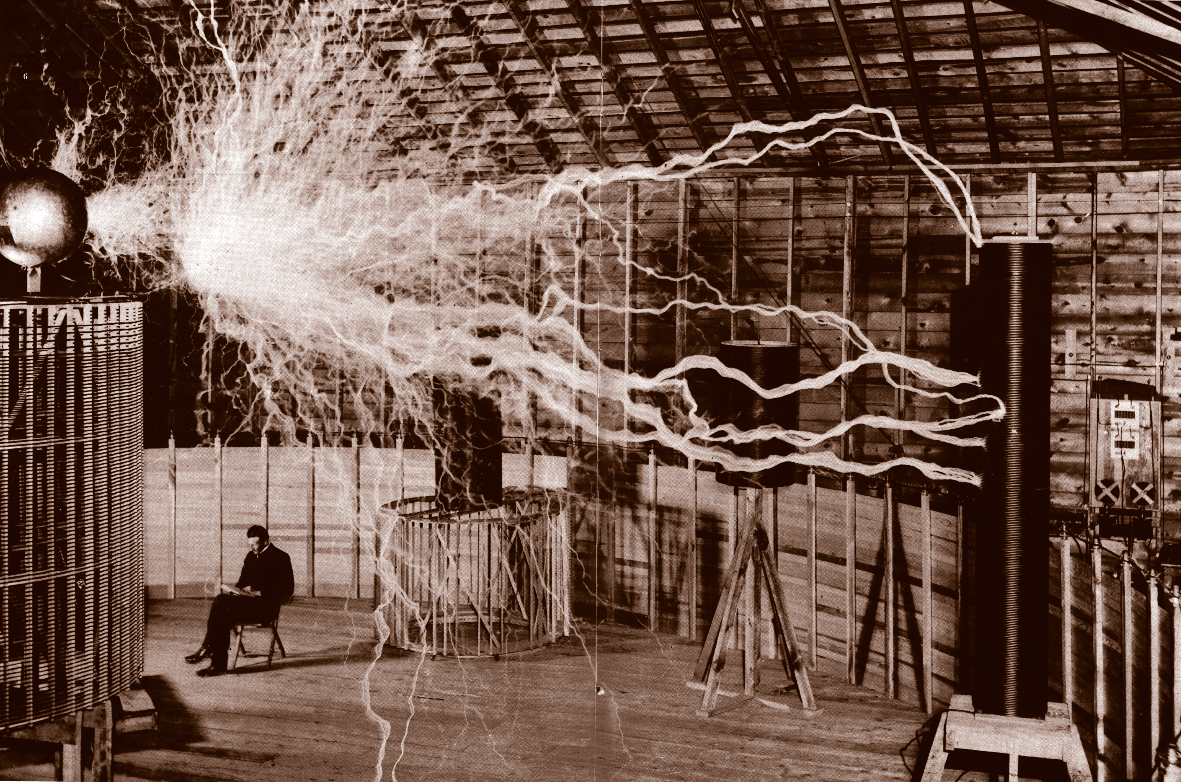 Inventor a true man of the future

It's the 76th anniversary today of the death of a man who passed away almost penniless despite generating ideas that transformed our daily lives and created multiple fortunes for himself and those who financed him.

Ground-breaking scientist Nikola Tesla was born in Smiljan, in what is now Croatia, in 1856 during what he claimed was a lightning storm that led to the midwife pronouncing him a 'child of the storm', something that stayed with him for the rest of his life and inspired much of his later work as an inventor and engineer.

Tesla discovered and patented the rotating magnetic field, the basis of most alternating-current machinery, and also developed the three-phase system of electric power transmission.

Although an outstanding student, he withdrew from polytechnic and ended up working for the Continental Edison Company, where he focused on electrical lighting and motors. Wishing to meet Thomas Edison himself, Tesla emigrated to the United States in 1884, arriving in New York with four cents in his pocket, a few of his own poems and calculations for a flying machine.

He first found employment with Edison but the two men were far apart in background and methods and soon parted company, Tesla later claiming he was offered the sum of US$50,000 if he could solve a series of engineering problems Edison’s company faced. Having achieved the feat, Tesla said he was then told the offer had just been a joke prompting him to leave Edison's employment.

Approached by a group of investors while digging ditches for US$2 a day to support himself, Tesla received funding to perfect a low-cost arc lamp. While the invention was successful and the investors made money, Tesla ended up with no pay and a stack of worthless stock certificates.

Later, gaining investment from the Western Union Company, he opened his first of several laboratories in a small room a short distance from Edison's office. There he successfully constructed and patented his AC poly-phase electrical system.

In 1891 Tesla unveiled one of his most important inventions, the 'Tesla coil', a high-frequency transformer capable of creating very high voltage at low current. And, from his own laboratory, he was able to give his inventive mind free rein and he experimented with shadow-graphs similar to those later used by Wilhelm Rontgen when he discovered X-rays in 1895 and conducted countless experiments on a carbon button lamp, on the power of electrical resonance and on various types of lighting. 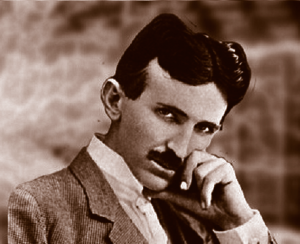 In order to allay fears of alternating currents, Tesla gave amazing exhibitions in his laboratory in which he lit lamps by allowing electricity to flow through his body. He was often invited to lecture at home and abroad.

Westinghouse used Tesla’s alternating-current system to light the Chicago World's Fair in 1893, a key factor in them winning the contract to install the first power machinery at Niagara Falls, which bore Tesla’s name and patent numbers. The project carried power to Buffalo by 1896.

But Tesla encountered many obstacles along the way. In 1895 his Manhattan laboratory was devastated by a fire, which destroyed his notes and prototypes, and at Madison Square Garden in 1898 he demonstrated wireless control of a boat, a stunt many branded a hoax. Soon after he turned his attention to the wireless transmission of electric power, which he believed could not only distribute electricity around the globe but also provide for worldwide wireless communication.

Seeking to test his ideas, Tesla built a laboratory in Colorado Springs where he once drew so much power he caused a regional power outage. He also detected signals he claimed emanated from an extraterrestrial source.

Between May 1899 and early 1900 he remained in Colorado Springs where he made what he regarded as his most important discovery: terrestrial stationary waves. By this discovery he proved that Earth could be used as a conductor and made to resonate at a certain electrical frequency. He also lit 200 lamps without wires from a distance of 40km and created man-made lightning, producing flashes measuring 41m.

Returning to New York in 1900, Tesla began construction on Long Island of a wireless world broadcasting tower, with US$150,000 capital from financier J Pierpont Morgan. Tesla claimed he secured the loan by assigning 51 per cent of his patent rights of telephony and telegraphy to Morgan. He expected to provide worldwide communication and to furnish facilities for sending pictures, messages, weather warnings and stock reports but the project was abandoned because of a financial panic, labour troubles and Morgan’s withdrawal of support. It was Tesla’s greatest defeat.

In 1909 Italian inventor Guglielmo Marconi received the Nobel Prize for the development of radio, Tesla unsuccessfully suing him in 1915 claiming infringement on his patents. That same year, it was rumored that Edison and Tesla would share the Nobel Prize, but it didn’t happen. Unsubstantiated speculation suggested their mutual animosity was the cause. However, Tesla did receive numerous honours and awards over his life, including, ironically, the American Institute of Electrical Engineers Edison Medal.

Tesla’s work then shifted to turbines and other projects. Because of a lack of funds, his ideas remained in his notebooks, which are still examined by enthusiasts for unexploited clues.

In the popular imagination, he played the part of a mad scientist, claiming he had developed a motor that ran on cosmic rays; that he was working on a new non-Einsteinian physics that would supply a new form of energy; and that he had discovered a new technique for photographing thoughts.

Tesla was a godsend to reporters who sought sensational copy but a problem for editors who were uncertain how seriously his futuristic prophecies should be regarded. Caustic criticism greeted his speculation concerning communication with other planets, his assertions that he could split the Earth like an apple and his claim of having invented a death ray capable of destroying 10,000 aeroplanes at a distance of 400km.

Tesla allowed himself only a few close friends. Among them were the writers Robert Underwood Johnson, Mark Twain and Francis Marion Crawford. He was quite impractical in financial matters and an eccentric, driven by compulsions and a progressive germ phobia. But he had a way of intuitively sensing hidden scientific secrets and employing his inventive talent to prove his hypotheses.

Today the name Tesla is still very much in circulation. The airport in Belgrade bears his name, as does the world’s best-known electric car, and the magnetic field strength of MRI scanners is measured in Teslas.

The man was a real-life Prometheus: the mythical Greek titan who raided heaven to bring fire to mankind, yet in punishment was chained to a rock where each day an eagle ate his liver. Tesla scaled great heights to bring lightning down to earth, yet his rare cast of mind and uncommon habits eventually led to his downfall, leaving him nearly penniless and alone.

His money long gone, Tesla spent his later years moving from place to place, leaving behind unpaid bills. Eventually, he settled at a New York hotel, where his rent was paid by Westinghouse. Always living alone, he frequented the local park, where he was regularly seen feeding and tending to the pigeons. On the morning of 7 January 1943 he was found dead in his room by a hotel maid at the age of 86.

After Tesla’s death the US Government impounded his trunks, which held his papers, his diplomas and other honours, his letters and his laboratory notes. These were eventually inherited by Tesla’s nephew, Sava Kosanovich, and later housed in the Nikola Tesla Museum in Belgrade.

Hundreds filed into New York City’s Cathedral of St John the Divine for his funeral and a flood of messages acknowledged the loss of a great genius. Three Nobel Prize recipients addressed their tribute to 'one of the outstanding intellects of the world who paved the way for many of the technological developments of modern times'.