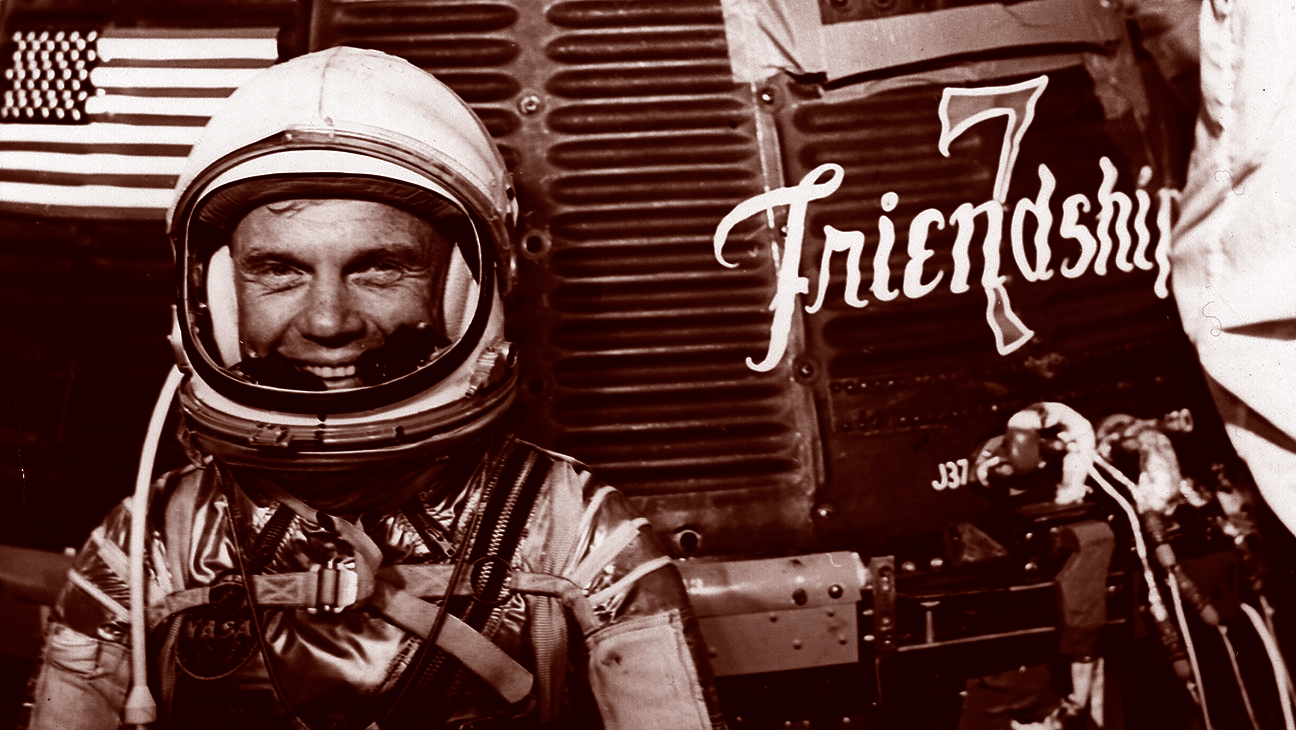 The oldest of the Mercury seven astronauts 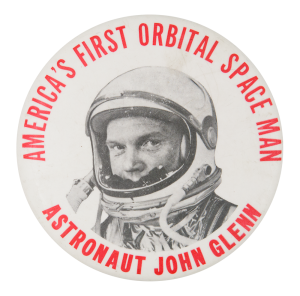 It was 57 years ago today that the United States caught up with the Soviet Union in the space race... when John Glenn became the first American to orbit the Earth, circling it three times on 20 February 1962 during a five-hour mission, almost a year after Soviet cosmonaut Yuri Gagarin had become the first man in space and the first to orbit the earth.

Glenn, a lieutenant colonel in the US Marine Corps, was among the seven men chosen by the US National Aeronautics and Space Administration (NASA) in 1959 to become America’s first astronauts. A decorated pilot, he flew nearly 150 combat missions during World War II and the Korean War, and in 1957 made the first non-stop supersonic flight across the United States, flying from Los Angeles to New York in three hours and 23 minutes.

Glenn was preceded in space by two Americans, Alan Shepard and Virgil “Gus” Grissom, and two Soviets, Gagarin and Gherman Titov. Gagarin became the first man in space on 12 April 1961 when his spacecraft Vostok 1 made a full orbit before returning to Earth. Less than a month later Shepard was launched into space aboard Freedom 7 on a sub-orbital flight and in July Grissom made another brief sub-orbital trip aboard Liberty Bell 7.

In August the Soviets sprinted further ahead in the space race when Titov spent more than 25 hours in space aboard Vostok 2, making 17 orbits of the earth.

The task of catching up with the Soviets fell on Glenn, who lifted off from the launch pad at Cape Canaveral at 9.47am on 20 February 1962, watched by about 100,000 spectators on the ground nearby and millions more on television. After separating from its launch rocket, the Friendship 7 capsule entered into orbit around the Earth at a speed of about 17,500 miles per hour.

During the craft's first orbit Glenn noticed "small, glowing fireflies" drifting by the capsule’s tiny window, which NASA mission control later determined were crystallised water vapour released by the capsule’s air-conditioning system. Before the end of the first orbit, a more serious problem occurred when Friendship 7's automatic control system began to malfunction, sending the capsule into erratic movements. At the end of the orbit, Glenn switched to manual control and regained command of the craft.

Toward the end of Glenn’s third and last orbit, mission control received a mechanical signal from the spacecraft indicating the heat shield on the base of the capsule could be loose, which meant the capsule would be incinerated if it failed to absorb and dissipate the scorching re-entry temperatures as it returned to Earth. It was decided that the craft’s retro-rockets, usually jettisoned before re-entry, would be left on in order to better secure the heat shield.

As the capsule began its descent back to Earth, straps holding the retro-rockets gave way causing Glenn to lose radio contact with mission control and he watched flaming chunks of retro-rocket fly by his window as mission control anxiously waited for the resumption of radio transmissions.

After four minutes of radio silence, Glenn’s voice crackled through loudspeakers as Friendship 7 splashed down safely in the Atlantic Ocean, where it was picked up by the USS destroyer Noa. Glenn's first words on exiting the capsule and stepping out onto the deck of the Noa were, “It was hot in there.”

Out of a reluctance to risk the life of an astronaut as popular as Glenn, NASA grounded him in the years after his historic flight and, frustrated by his lack of activity, he turned to politics, announcing his candidacy for the US Senate for Ohio, his home state, in 1964 and formally left NASA, although he withdrew his Senate bid after seriously injuring his inner ear in a fall.

Then on 29 October 1998, nearly four decades after his famous Earth orbit, the 77-year-old Glenn became the oldest human to travel in space, serving as a payload specialist during a nine-day mission on the space shuttle Discovery, as part of a NASA study on health problems associated with ageing.

Glenn was born on 18 July 1921 in Cambridge, Ohio, and signed up for the US Naval Reserve in 1942 before joining the Marine Corps in 1943. He was the oldest of the “Mercury seven” astronauts selected in 1959 and served as back-up pilot for Shepard and Grissom for their sub-orbital flights.

Glenn died on 8 December 2016 at the OSU Wexner Medical Center at the age of 95. A memorial service was held at Mershon Auditorium at Ohio State University, with another performed at Kennedy Space Center near the Heroes and Legends building, and his body was interred at Arlington National Cemetery on 6 April 2017. At the time of his death, Glenn was the last surviving member of the Mercury seven.

For further information about John Glenn visit the NASA website.