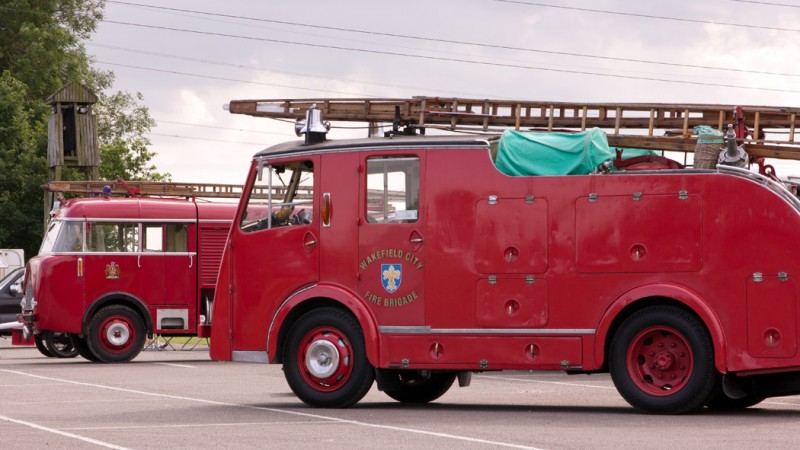 Not that anyone should need an excuse to visit Eden Camp, North Yorkshire's excellent wartime museum, but next weekend would be a good time to head to Malton as the theme attraction is holding its Fire Service Preservation Group Rally Weekend.

Its annual rally for the Fire Service Preservation Group takes place on Saturday, 17 June, and sees a collection of classic fire appliances, pumps and memorabilia on display over the weekend.

The museum will be open as normal but visitors should be aware that the event is organised on a voluntarily basis and as such may be influenced by adverse weather conditions, with organisers suggesting people confirm the event will take place before attending.

Utilising the buildings and grounds of an original World War II Prisoner of War facility, Eden Camp was developed into a museum by local businessman Stan Johnson to stand as a tribute to all people, civilian and military, who endured hardship throughout the war.

The history of the camp dates back to early 1942, when the War Office identified and requisitioned a plot of land on the outskirts of Malton with the view of building a camp to accommodate Italian and German prisoners of war captured from the battlefields of Africa and Europe.

A small contingent of British Army personnel arrived at the site and set about constructing a temporary camp for the arrival of the first prisoners. This simple camp became the home for the first influx of prisoners, approximately 250 Italian POWs, who were tasked with creating a more permanent camp.

Near the end of 1943 the Italian prisoners moved out and the camp was used as billets for Polish forces who were amassed in preparation for the invasion of Europe and from mid-1944 until early 1949 the camp housed German prisoners.

It was then used to provide accommodation for displaced persons, and later as an agricultural holiday camp and as a Ministry of Agriculture depot.

Local businessman Johnson, bought a large section of the site in 1985 with the intention of developing a crisp manufacturing plant, however, when approached by some ex-Italian POW seeking permission to look around their former home the idea of preserving the camp and opening it as a museum was born.

The museum first opened to the public on 21 March 1987 and comprised of 10 huts, equipped to tell the story of World War II through the use of sights, sounds and smells. The museum slowly developed and displays were constantly added, covering not only life on the Front Line but also the Home Front.

From 1990-95 a series of six huts were opened to create a “museum within a museum”. These huts are each dedicated to tell the political and military events of World War II from around the world, for each year of the war.

Since then work has continued to develop at the site and today Eden Camp serves as a poignant reminder of "The People's War" that raged across Europe from 1939-45.

For more information about Eden Camp visit the website.