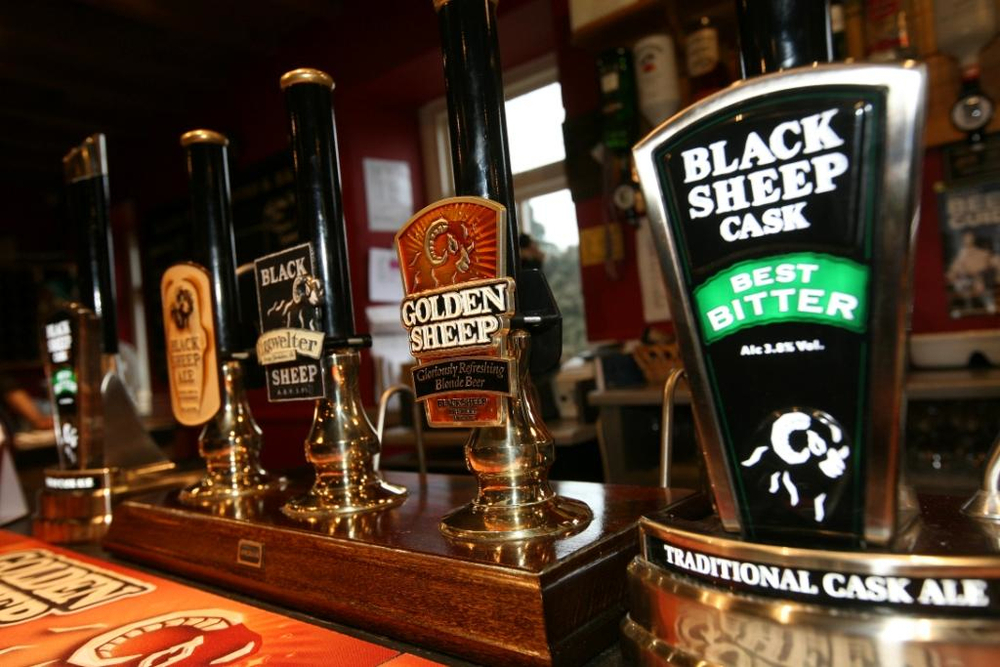 Fantastic insight into the brewing process

Everyone knows that three's the magic number... and when it comes to brewing in North Yorkshire there's certainly some truth in that theory.

Not that there aren't many more great breweries in the area, but there are three in particular that offer a fantastic insight into what goes into the brewing process and creating Britain's favourite tipple.

One of Yorkshire's most famous breweries, Black Sheep Brewery is based in the pretty market town of Masham and offers daily brewery tours which last about an hour.

The brewery was founded by Paul Theakston, whose family and the T & R Theakston firm had been brewing in Masham for five generations before the family-run business was taken over by Scottish and Newcastle Breweries in the late 1980s.

Although Paul was offered a role when the takeover went ahead his heart was in Masham and he decided to start afresh and in 1992 started a pioneering new brewery, built on traditional values and rescued equipment but designed to brew beer with real flavour.

The Black Sheep Brewery visitor centre is open Monday to Wedneasday 10am-5pm, Thursday to Saturday 10am-11pm and Sunday 10am-5pm. Tours include three third pint samples in the bar afterwards and a tasty lunch or dinner.

The brewery also hosts evening tours on Thursdays and Fridays, which include a Yorkshire supper and a pint of Black Sheep ale.

And in Masham you have the choice of not just one but two brewery tours, with Theakston's Brewery just a short stroll away from Black Sheep.

Having been bought by Scottish & Newcastle in the 1980s, the brewery returned to family ownership in 2004 after being purchased back by four Theakston brothers, great-great grandsons of the founder.

The Black Bull in Paradise is the brewery's visitor centre, its name derived from the inn where Robert Theakston founded the brewery in 1827.

Today the Black Bull in Paradise is at the core of the brewery's activity as the main company reception area where new beers are trialled and tested and where the many thousands of annual visitors can soak up the historic atmosphere whilst sampling any of at least six different cask ales that are on sale all year round.

Many interesting artefacts and items relating to nearly 200 years of the Theakston brewing tradition are on display. Outside there is also a small beer ‘garden’ where it is possible to watch the everyday activity of a busy brewery yard and the perfect place for a pint after a trip round the brewery.

Tours offer the chance to taste brews fresh from the cask and follow the brewing process from beginning to end. Visitors can also chat to brewery staff, ask questions and smell the hops in the air.

If the Black Sheep and Theakston's breweries' traditions go back through six generations, the story of York Brewery is a much more recent one.

Based inside York's famous city walls, close to the historical royal entrance Micklegate Bar, the site dates back to the late 16th century but
the brewery wasn't founded until 1996, when its opening marked a return to brewing inside the city walls after a 40-year absence.

The site was most notably the birthplace of Joseph Aloysius Hansom (1803-82), the inventor of the Hansom Cab. It is probable that he served as an apprentice joiner in his grandfather’s workshop in the former stables that now house York Brewery's conditioning and racking equipment.

A provisions merchant then briefly owned the building, before it became the focal point for the carpet and furniture suppliers Whitby Oliver.

The site now houses a 20-barrel brew plant, with six traditional open-top fermenters and five conditioning tanks. A gallery above the brewhouse, along with a viewing panel into the fermenting room, have been located to offer visitors a fantastic viewing platform when on the guided tours which take place from Monday to Saturday at 12.30pm, 2pm, 3.30pm and 5pm.

For more information about York Brewery visit the website.