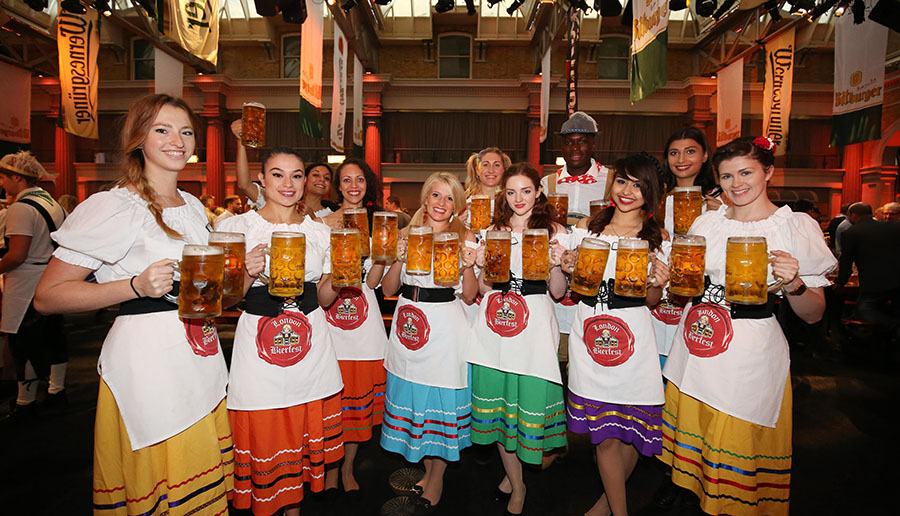 A taste of Bavaria at Old Billingsgate Market

A taste of Munich will arrive in London in October, with award-winning Bavarian brewer ABK Beer signing up as official supplier for this year's London Bierfest and promising a spectacular programme of live performances, unlimited steins and traditional Bavarian cuisine.

Taking place in east London’s iconic Old Billingsgate Market from 17-18 October, the two-day event will feature a new selection of hand-crafted Bavarian-style beers including ABK Hell, the current supreme champion of the 2018 International Beer Challenge, as well as ABK's Pilsner, Weissbier, Dunkel and Kellerbier variants. There will also be the opportunity to try Radler, a bottled mix of ABK Edel and ABK Organic Lemonade.

Brewed for more than 700 years in Kaufbeuren, Germany, the ABK range of lagers and ales are all overseen by master brewer Bernd Trick, with the company's unwavering commitment to quality at the very heart of the company's success.

One of the capital's leading corporate hospitality events, tables for London Bierfest are available to book for groups of 10 for an all-inclusive package of unlimited steins of ABK Beer, wine and soft drinks, plus platters of traditional German cuisine, full-table service and performances featuring dance troupes, acrobats and live music.

Having launched in 2003, the event's relaxed hospitality and fun atmosphere attracts more than 2,100 revellers a day with packages priced from £149 per head.

For more information and to book a table for London Bierfest visit the website.