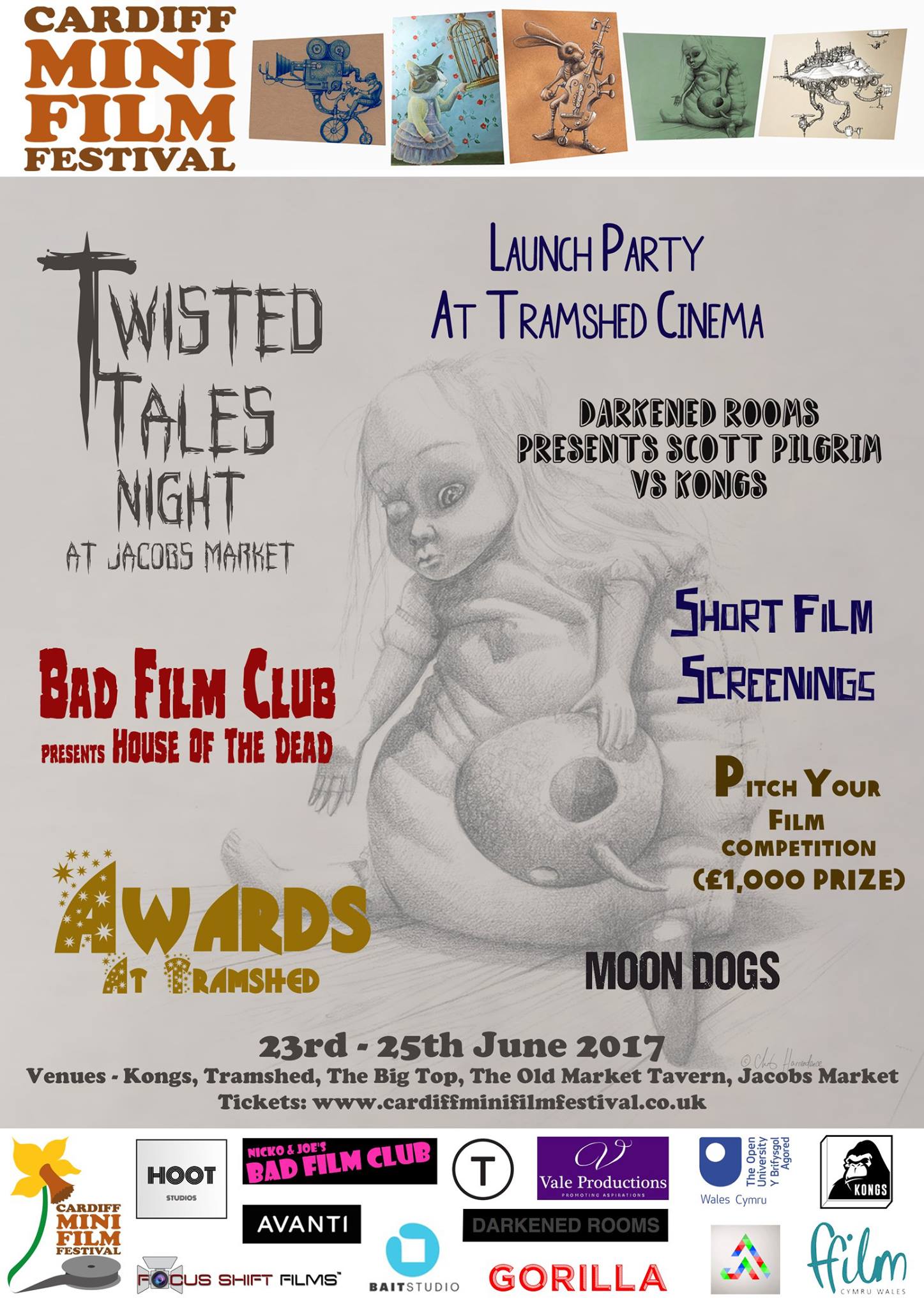 Three days of alternative cinematic treats kick off today in the Welsh capital with the launch party for the Cardiff Mini Film Festival at Tramshed Cinema from 7pm, when some some teaser short films from the festival will be featured as well as the Music Video Category, showcasing live music from Cardiff’s finest live music acts.

In all 131 short films will be shown over the weekend at venues such as The Old Market Tavern, Kongs, Jacobs Market and The Big Top.

The Pitch Your Film Competition offers cinematographers the chance to win £1,000 worth of post production courtesy of Gorilla by pitching a film idea to the judges.

There's also the Twisted Tales Nigh at Jacobs Market which will feature a programme of very twisted films, so if you like your films a bit sick and scary, then this is the event for you.

Bad Film Club's screening of House Of The Dead takes place at Kongs, followed by Darkened Rooms' presentation of Scott Pilgrim vs Kongs as part of an Edgar Wright Night ahead of his new movie, Baby Driver, hitting cinemas.

The festival will conclude with an awards and networking event at the Tramshed, featuring live music and the handing out of the awards for the best International and Welsh short films.

Festival passes are available for £35 or you can day tickets for £20, although some of the events are individually priced.

For more details about the festival and pricing visit the Cardiff Mini Film Festival website.