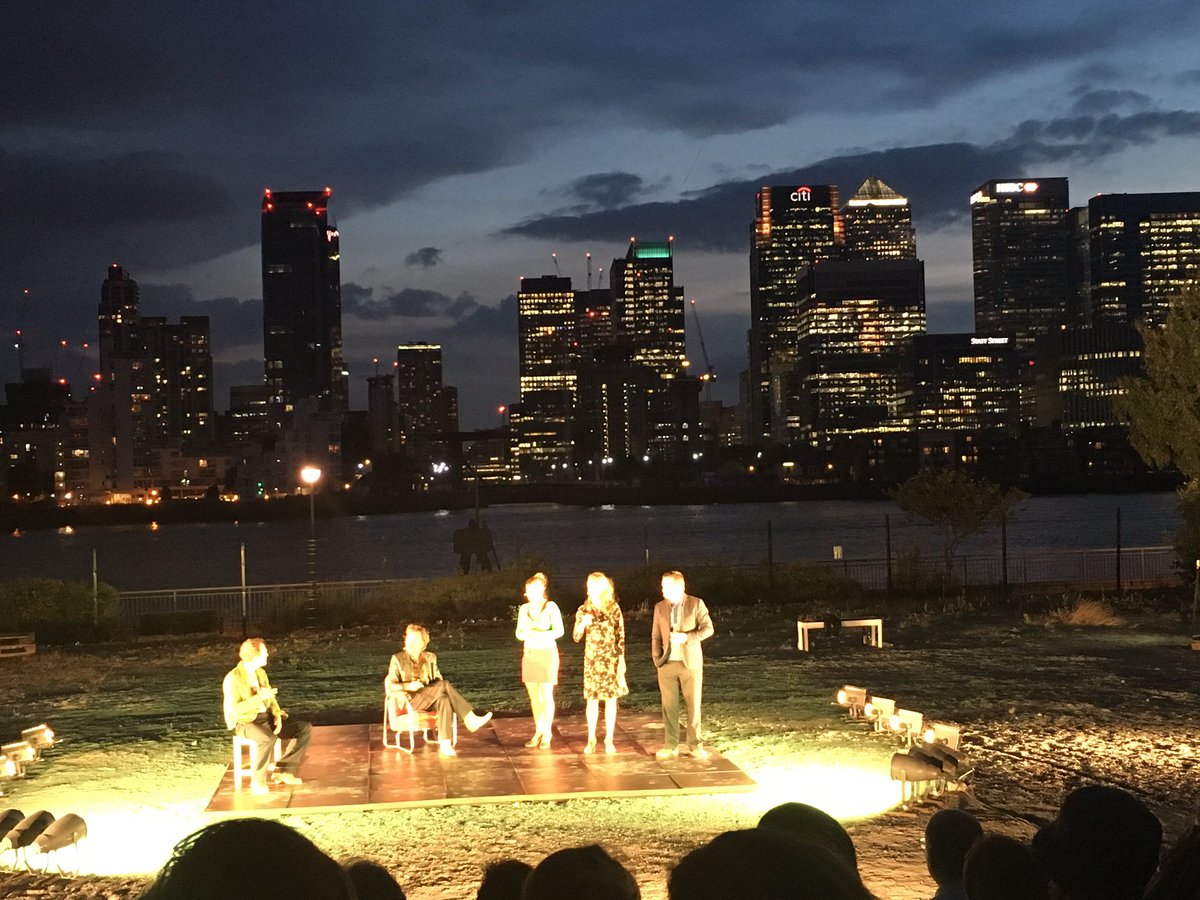 Outdoor theatre at its finest

It's the opening of the 2017 Greenwich And Docklands International Festival today, a fantastic programme of outdoor theatre and performing arts over three summer weekends.

London's leading festival of free outdoor performances, GDIF has been growing every year and in 2016 the festival featured more than 100 acts by dozens of national and international companies with more than 100,000 people attending the outdoor shows in south and east London.

The festival is committed to breaking new ground in outdoor performance and raising the ambition, quality and diversity of outdoor work produced in this country, with a particular focus on the commissioning and development of outdoor work led by deaf and disabled artists and artists from diverse backgrounds.

Today's events include Fiers A Cheval at Cutty Sark Gardens, Museum of the Moon at the Old Royal Observatory Garden, A View From The Bridge at Meridian Quays, and Greenwich Fair, an incredible mix of theatre, dance, street arts and circus from the UK, Europe and further afield in the beautiful outdoor spaces of maritime Greenwich.

Fiers A Cheval takes place under the gaze of Cutty Sark’s famous figurehead and is performed by French street-theatre group Compagnie des Quidams and focuses on a team of illuminated white horses appearing accompanied by a symphonic soundtrack.

Museum Of The Moon, which runs until Sunday, sees the London premiere of Luke Jerram’s stunning artwork in Greenwich Park. An incredible internally-lit moon sculpture, it features detailed NASA imagery of the lunar surface accompanied by a surround-sound composition created by BAFTA and Ivor Novello award-winning composer Dan Jones.

Arthur Miller’s tragic masterpiece A View From The Bridge, which also continues until Sunday, is given new resonance against the backdrop of a 21st century London riverscape in the UK premiere of acclaimed Flemish company De Roovers’ adaptation of the tale of dock workers and illegal migrants in search of the American dream.

And also getting underway today is Greenwich Fair, GDIF’s annual ‘festival within a festival’ offering three, jam-packed days of family-friendly art, circus, games, installations and street art. This year’s programme has a special focus on artists from South Korea, alongside the best of UK and international outdoor arts.