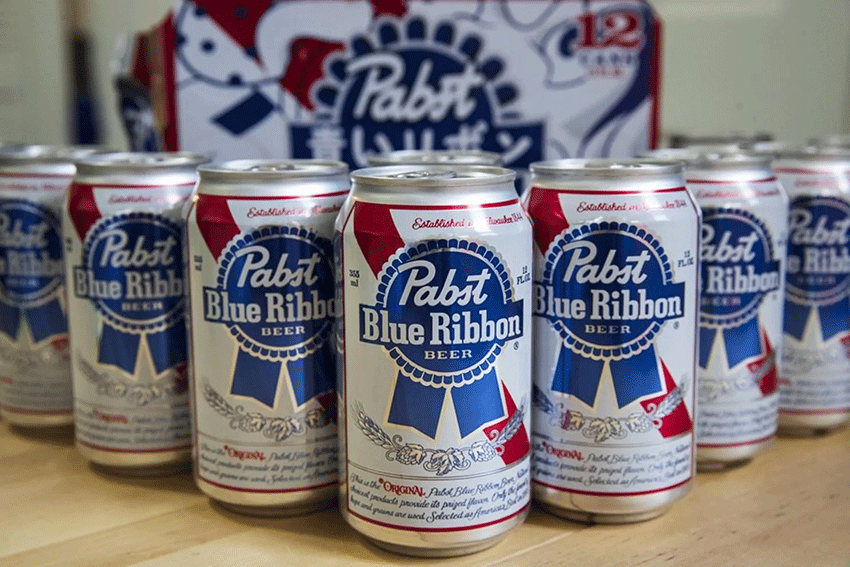 Remember Hofmeister, Harp, Carling, Skol, Kestrel and McEwans... just some of the formerly popular lager brands that flew off British shelves never to return, well another once-famous name on both sides of the pond almost went the same way last month.

American lager Pabst Blue Ribbon, known for its economical price, was locked in a legal battle in a Milwaukee courtroom with rival beer manufacturer MillerCoors with the Pabst Brewing Company claiming MillerCoors was trying to force it out of business by breaking a decades-long agreement that would result in Pabst being without a place to ferment its signature brew.

The dispute stemmed back to a 1999 deal with Pabst that saw MillerCoors take on responsibility for producing, packaging and distributing nearly all of Pabst’s beers – which also include Texas-favourite Lone Star and Old Milwaukee.

But MillerCoors, whose own beers include Miller Lite, Miller High Life and Miller High Life Light, said it was not obliged to continue to manufacture Pabst’s beer when the agreement expired in 2020. A spokesman for MillerCoors said it notified Pabst of this back in 2015 as it had problems of its own – beer sales in general are declining in the US – and may have to close the facility where PBR is brewed.

Pabst claimed its agreement meant MillerCoors had to help it find an alternative place to brew its beer but that MillerCoors was the only facility capable of brewing its annual requirement of more than four million barrels.

Pabst Brewing Company was founded in Milwaukee in 1844, with PBR originally known as Pabst’s Best Select. It took on the Blue Ribbon moniker after winning an award for best beer at the 1893 Chicago World’s Fair.

According to the Smithsonian magazine Pabst beer had “won many other awards at many other fairs” and as a marketing gimmick the company began tying a blue ribbon around its bottles and rebranded its beer Pabst Blue Ribbon.

“By the turn of the century, Pabst was going through more than one million feet of ribbon per year, pausing only when the first world war caused a silk shortage,” the Smithsonian notes.

Pabst, presumably to the relief of silkworms everywhere, stopped wrapping ribbons around its beer after World War I, instead adding a blue ribbon design to its label. It eventually became known as a blue-collar beer and trudged on for decades before becoming – to the surprise of everyone in the industry – a go-to drink in the early 2000s when celebrities and young, urban consumers started drinking it.

Sales increased by almost 200 per cent between 2004-13 and academics have written papers about how PBR was the beneficiary of “ironic consumption”.

Happily for Pabst aficionados they'll be able to perpetuate that irony for some time to come with the sides reaching a deal after a month of wrangling, a Pabst spokesperson suggesting a long-term solution had been reached after the two parties “amicably resolved all outstanding issues in the case”.

“Pabst will continue to offer Pabst Blue Ribbon and the rest of our authentic, great tasting and affordable brews to all Americans for many, many years to come,” the spokesperson said, with MillerCoors adding that the parties had "amicably resolved all outstanding issues in the case”.