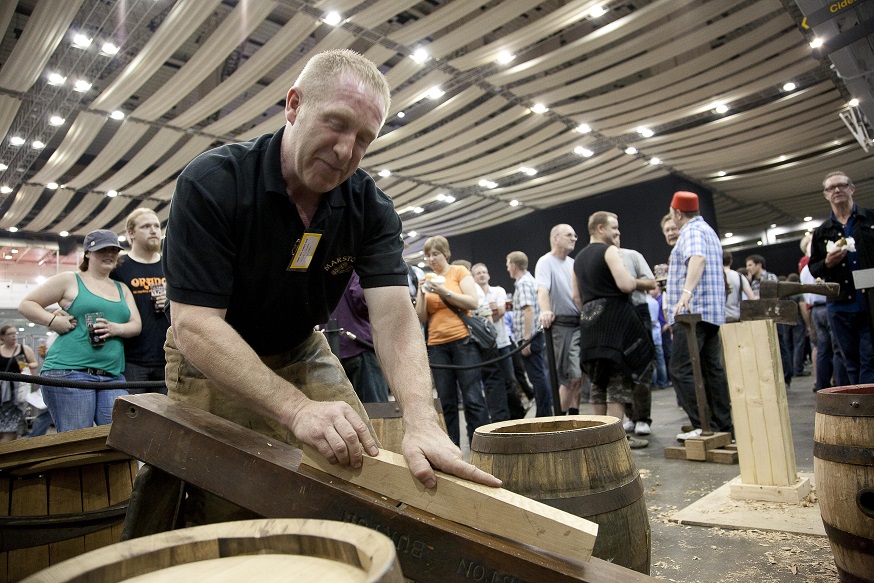 The north's largest celebration of beer

Alongside the mass of modern breweries and beer styles, a wall of wooden casks will greet traditionalists at Manchester Central in January when the north’s biggest beer festival comes to town.

For more than 50 years breweries have been moving progressively to racking beer into metal casks and today these dominate the market but a recent surge in interest in wooden barrels sees organisers of the Manchester Beer and Cider Festival working with the Society for the Preservation of Beers from the Wood (SPBW) to bring – ‘Beers from the Wood’ – to the festival.

Taking pride of place on a bar made from wooden barrels will be a host of interesting beers from a wide variety of breweries, both large and small, led by SPBW’s current Champion Beer From The Wood ‘Hickey The Rake’ from Newcastle-based Wylam Brewery.

The SPBW was founded in 1963, eight years before CAMRA, when the festival venue was still a working rail station. Gradually breweries have dispensed with their in-house coopers who crafted and repaired wooden casks and very few are employed now... with only one privately-run cooperage in the UK.

However, some brewers such as Theakston of Masham have kept the wood tradition going through the decades. As the new generation of brewers started researching older recipes and discovering the complex flavours that can be gained from storing beer in wood, interest in serving beer from the containers has been renewed.

Brewers in regions such as Yorkshire have maintained the traditions more than others – Wakefiled-based Ossett group will have no fewer than six beers from the wood from all five of the breweries in their stable on the bar – including two from the most modern, Salt Beer Factory, which only opened in October.

The festival runs from 24-26 January 2019, with general entry tickets and the special tasting event tickets on sale from the Manchester Beer and Cider Festival website.