Look out for a mighty morphin' megaforce

It could be the largest gathering of Power Ranger 'guests' ever assembled in the UK... and it's coming to Comic Con Liverpool in March this year.

Taking place from 8-10 March, the event promises to assemble no fewer than 12 Power Rangers in the Exhibition Centre, plus two baddies from the franchise. 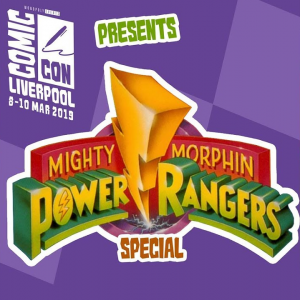 Time Rangers are known for leaping between times and Wes Collins, played by Jason Faunt, knows just how to do that appearing in different Power Ranger shows for more than 15 years; while Nico Greetham is known as Yellow Ranger Calvin Maxwell in Power Rangers Ninja Steel.

But a gathering of Power Rangers wouldn't be complete without a few baddies and they come in the form of villainous bullies Skull and Bulk from the Mighty Morphin' Power Rangers, played by Jason Narvy and Paul Schrier.

And if that isn't enough morphin' might for one comic con then we sure don't know what is.

Also in the lineup are a cast of comic book artists, pro cosplay heroes and some star names from the big screen including Dean Gain, Alec Baldwin, Peter Facinelli, Bill Duke, Steve Guttenberg and John Challis.

Throw in a cracking after party, a banging collection of props and sets and a cool cosplay competition and Comic Con Liverpool looks set to be a hoot.