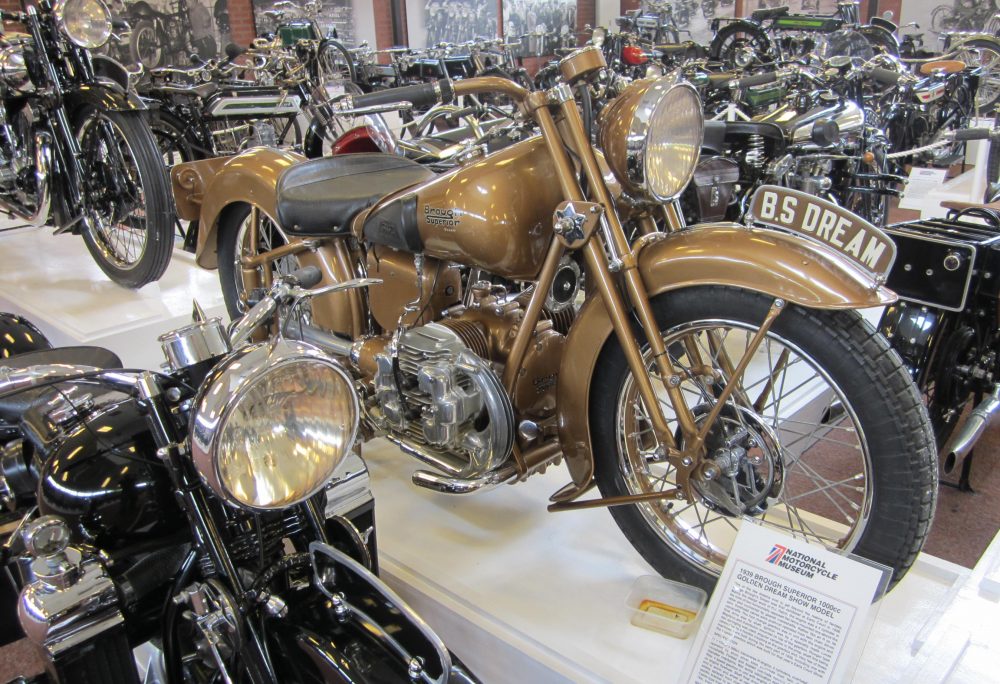 Largest collection of British motorcycles in the world

Occupying an eight-acre site in Bickenhill, Solihull, the National Motorcycle Museum is home to the world's largest collection of British motorcycles.

Originally opened in October 1984, the museum resulted from the drive and determination of one man, construction entrepreneur Roy Richards, who began collecting motorcycles in the 1970s.

From just 350 motorcycles when it opened, the museum has expanded to include more than 1,000 machines, fully restored to the manufacturers' original specifications, and attracts more than 250,000 visitors a year.

With 170 different marques represented in the collection, it showcases the UK's proud motorcycle-manufacturing heritage... with the latest British superbikes on show and the earliest machine dating from 1898.

Housed across five halls, the collection includes manufacturers such as BSA, Triumph, Norton, Coventry-Eagle, Montgomery and New Imperial, with the Golden Dream Brough Superior one of the most valuable machines on display.

The only example of George Brough's show model for the 1938 Olympia show, the Golden Dream is one of only two Dream Fours built before the outbreak of World War II stopped development.

Although Richards passed away in 2008, the museum is now under the stewardship of his widow Christine and son's Simon and Nick and has grown into one of the largest conferencing and events facilities in the UK, regularly holding exhibitions, trade fairs and other functions in the many suites that make up the National Conference Centre that occupies the same site.

The museum is affiliated to the British Motorcycle Charitable Trust and is located close to the junction of the A45 and the M42, close to Birmingham Airport.

For more information about the National Motorcycle Museum visit the website.