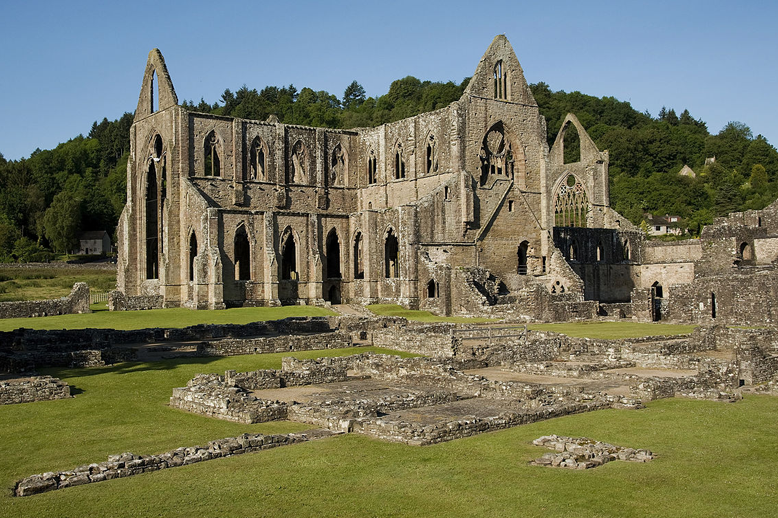 Site of outstanding beauty on Welsh side of the River Wye

Situated adjacent to the village of Tintern in Monmouthshire, Tintern Abbey is a site of outstanding beauty on the Welsh bank of the River Wye that welcomes about 70,000 visitors every year.

Founded by Walter de Clare, Lord of Chepstow, in 1131 it was only the second Cistercian foundation in Britain, and the first in Wales.

Falling into ruin after the Dissolution of the Monasteries in the 16th century, the remains were celebrated in poetry and often painted by visitors from the 18th century onwards.

In 1984 Cadw took over responsibility for the site and despite the shell of the beautiful structure being open to the skies, it remains the best-preserved medieval abbey in Wales.

By the time of the Norman conquest of Britain in the 11th century Tintern was a remote and rather desolate place, and it was these qualities which attracted a group of Cistercian monks from France.

The Cistercians, an offshoot of the ancient Benedictine order, were expanding rapidly in this period and they brought with them the ideals of a simple life of spiritual discipline and hard work.

The abbey church itself was built twice over. The first, which was modest and simple in accordance with the ideals of the order, was constructed in 1131, and the activities of the abbey helped to regenerate the area and to encourage the growth of local economic life, particularly in the Angiddy Valley which branches off the River Wye near the abbey.

The second abbey church, which comprises much of the remains today, was rebuilt under the patronage of Roger Bigod, lord of nearby Chepstow Castle, in the late 13th century.

It was a much grander structure with soaring Gothic arches and surrounded by substantial outbuildings, including the cloisters where much of the life of the abbey community took place.

The present-day remains are a mixture of building works covering the 400-year period between 1131 and 1536 when the lands around the abbey were divided into agricultural units or granges, worked on by lay brothers.
But on 3 September 1536 Abbot Wyche surrendered Tintern Abbey to King Henry VIII’s officials and ended a way of life which had lasted 400 years.

The buildings and land were granted to Charles Herbert, Earl of Worcester, and remaining monks were pensioned off.

The neglected fabric of the abbey crumbled away over time, with much of its stone fabric plundered for local construction work.