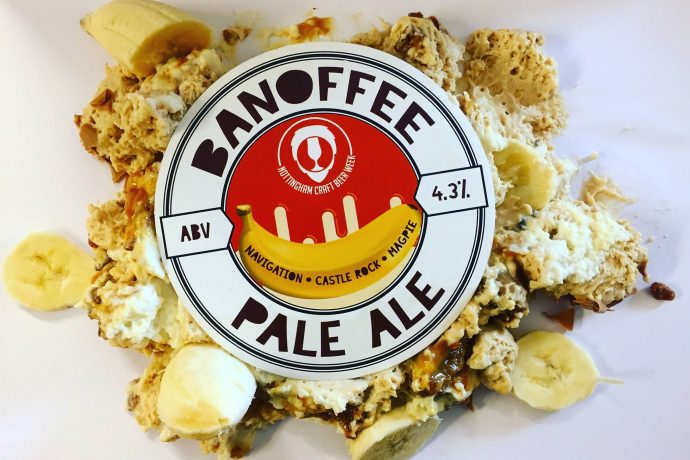 Tap-takeovers frothing all over the city

Craft Beer Week is well underway in Nottingham, where pubs and brewers are really entering into the spirit of the week with tastings, brewers’ forums and tap-takeovers frothing right across the city.

The organisers’ aim for Nottingham Craft Beer Week is to “celebrate the city’s great brewing tradition and hopefully encourage people to drink better beer” and with that in mind there should be a beer out there for everyone, but it’s up to you to find it and with so many great beers arriving in the city you’ve got the perfect opportunity.

Also on today, The Ned Ludd in Friar Lane will be hosting a tap-takeover and meet-the-brewer session from north London brewery Enefeld; the Junkyard turns its taps over to North Brewing; and Brewdog will be celebrating the Summer Solstice with home-brewing whizz Jacob’s special pale ale of the same name and a Beavertown ExtravaCANza.

There have also been a few special collaborations for Nottingham Craft Beer Week with Navigation, Castle Rock and Magpie Brewery coming together on two beers, New England IPA and Banoffee Pale Ale.

Showcasing a beer style of the moment in keg, New England IPA weighs in at 6.3% and is juicer and sweeter than an ordinary IPA with characteristic hop haze; while in cask, the more eccentric Banoffee Pale Ale comes in at 4.3% and offers a lactose-infused, creamy taste that's very drinkable.

Look out for them in venues across the city during the festivities, which continue until Sunday with more great beers arriving at many of Nottingham’s great pubs throughout the week.

For more details about the brewers and venues participating in Nottingham Craft Beer Week visit the website.