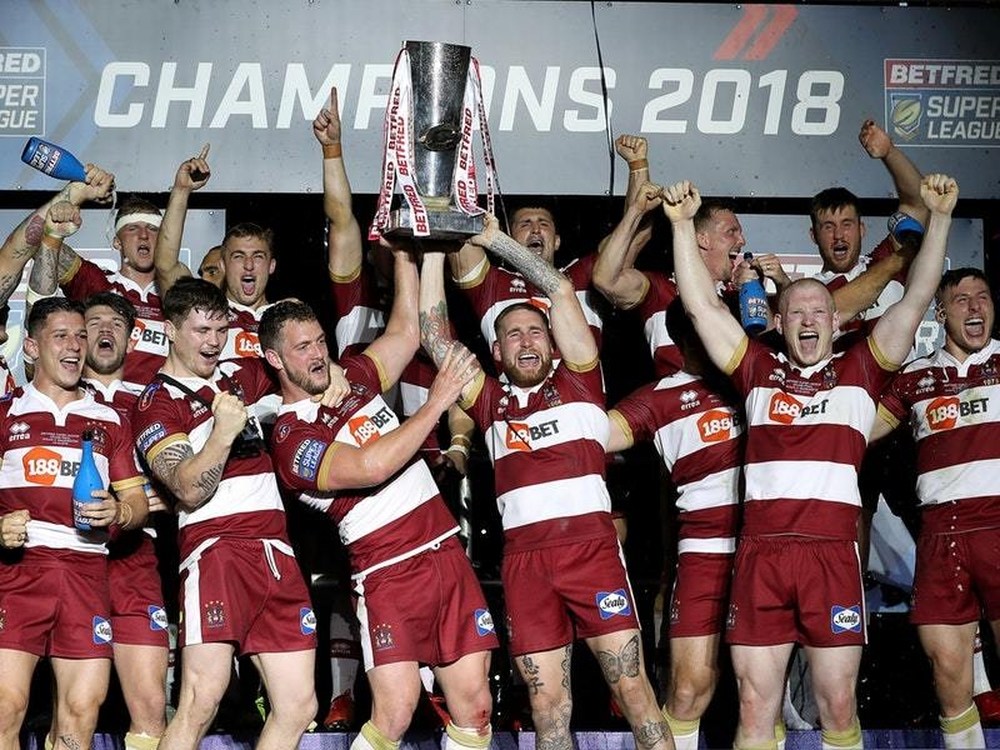 Shot clock comes into play for 2019

Significant changes come into effect when the new Super League season kicks off on 31 January 2019 as reigning champions Wigan take on St Helens in a first ever opening-night derby.

The following day there's the battle of the two Hulls to look forward to, with 2018 Grand Finalists Warrington taking on Leeds on 2 February.

And for the first time matches will feature shot clocks, golden-point extra-time and a number of other changes to the laws and playing conditions in a bid to bring more speed and on-field drama for spectators to enjoy.

Super League, sponsored by Betfred, is the top-level professional rugby league club competition in the northern hemisphere, featuring 11 teams from England and one from France.

It began in 1996, replacing the Rugby Football League Championship and switching from a winter to a summer season.

The top five will then enter a play-off series leading to the Grand Final which will determine the champions, while the bottom team is relegated to the Betfred Championship.

The introduction of shot clocks is seen as an integral part of a process to reduce the number and length of stoppages in matches to ensure more action with the ball in play, with teams penalised if they fail to beat the shot clock for scrums (35 seconds) or drop-outs (30 seconds). Sanctions will also be introduced to ensure no more than 80 seconds of match time is used up by each kick at goal.

With the number of interchanges available to each team reduced from 10 to eight, the demands on Super League players will become even greater emphasising the attritional nature of the contest, rewarding the fittest and most mobile players, and providing additional attacking opportunities for the most skilful.

In addition, in the last five minutes of each fixture, the clock will automatically be stopped following a penalty or a drop-goal that goes out of the field of play, or a conversion - or after a try, if a team chooses not to take the conversion attempt.

That process will be extended if the scores are level at full-time by the introduction of golden-point extra-time, providing two five-minute periods in which to determine a winner.

Each year the Super League champions play the National Rugby League champions from Australasia in the World Club Challenge, with Wigan Warriors taking on NRL winners Sydney Roosters at the DW Stadium on Sunday, 17 February.

For more information about Super League visit the website.