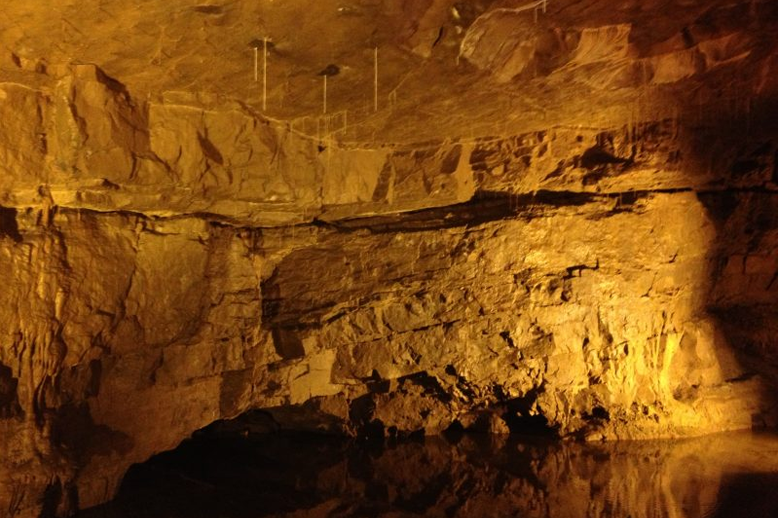 The National Showcaves Centre at Abercrave in the Swansea Valley is one of the most breathtaking complexes in northern Europe and includes three unique underground experiences.

Approaching the entrance to Dan-yr-Ogof cave the River Llynfell emerges from the mountain, returning to the surface after an underground journey of more than 6km.

The cave was discovered in 1912 by brothers Tommy and Jeff Morgan and since then a 17km-long system has been revealed under the Brecon Beacons National Park.

Dan-yr-Ogof is the main feature of the complex but only the first section is open to the public, with the extensive cave system beyond scheduled as a national nature reserve and only open to experienced cavers.

In Cathedral Cave visitors walk through enormous caverns carved out of the rock millions of years ago before reaching two 40ft-high waterfalls that cascade around them in the ‘Dome of St Paul’s’.

Then there’s Bone Cave where 42 human skeletons, as well as numerous animal bones, have been unearthed.

And as if three underground adventures weren’t enough, the complex also houses the world's largest collection of life-sized dinosaur models, ranging from the ever popular tyrannosaurus rex and brachiosaurus, to the lesser-known tsintaosaurus.

Add an Iron Age village, stone circles and a museum to the list of things to see and it becomes easy to understand why the showcaves are one of Wales’ top attractions.

There is also a Shire Horse Centre with two covered children's play areas, a farmyard section, and plenty of live animals to meet, such as llamas, rabbits, chipmunks, Shetland ponies and the Shire horses.