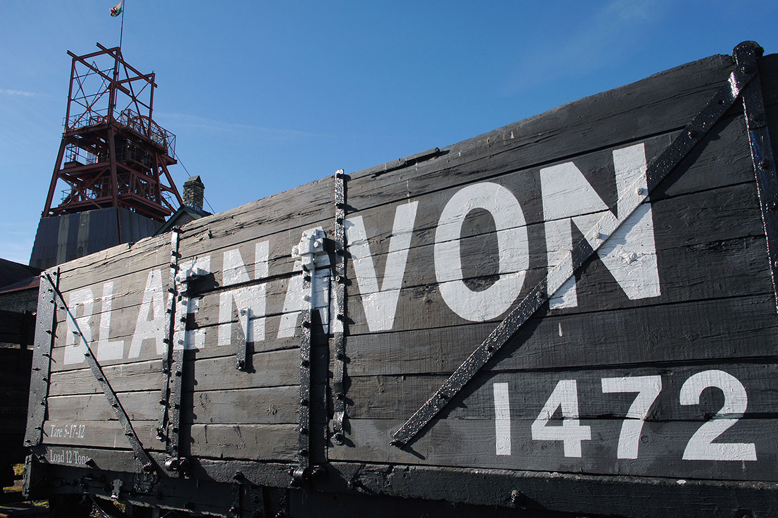 A working coal mine from 1880-1980, the Big Pit National Coal Museum was opened to the public in 1983 as part of the National Museum of Wales.

Located adjacent to the preserved Pontypool and Blaenavon Railway, it is the highlight of the Blaenavon World Heritage Site and part of a network of coal workings established in Blaenavon in the first half of the 19th century by the Blanaevon Iron and Coal Company as part of the development of the Blaenavon Ironworks.

Originally an iron mine, driven into the side of the mountain not far from the surface due to the shallow iron deposits, the iron workings are found above the coal workings.

The mine operated until 1980 and the mine buildings at Big Pit, including engine houses, stable blocks, workshops and the pithead baths, are a time capsule showing the development of the mine from the 1860s to the 1970s.

A mines inspector report of 1881 is the first to describe a mine called Big Pit due to its elliptical shape, with dimensions of 5.5m by 4m, the first shaft in Wales large enough to allow two tramways.

At its peak in 1923 there were 1,399 men employed at the mine and during the height of production, coal was shipped as far as South America. The mine was one of the first to install electricity and by 1910, fans, hauling systems and pumps were electric powered.

During World War II surface extraction of coal began at Blaenavon in November 1941 using equipment and skilled men from the Canadian Army. On nationalisation in 1947 the National Coal Board took over the mine.

On the renowned underground tour, visitors can take a trip down the 90m mine shaft to discover what conditions were like for Welsh miners.

The winding engine and cages are still operational and visitors are taken down the deep mineshaft by a former collier, to learn first-hand what it was like for the men and boys who worked at the coalface.

On the surface you can visit the original colliery buildings including the fan house, blacksmith’s forge and stables, and the winding engine house. The pithead baths have also been restored showing where miners began and ended their shifts.