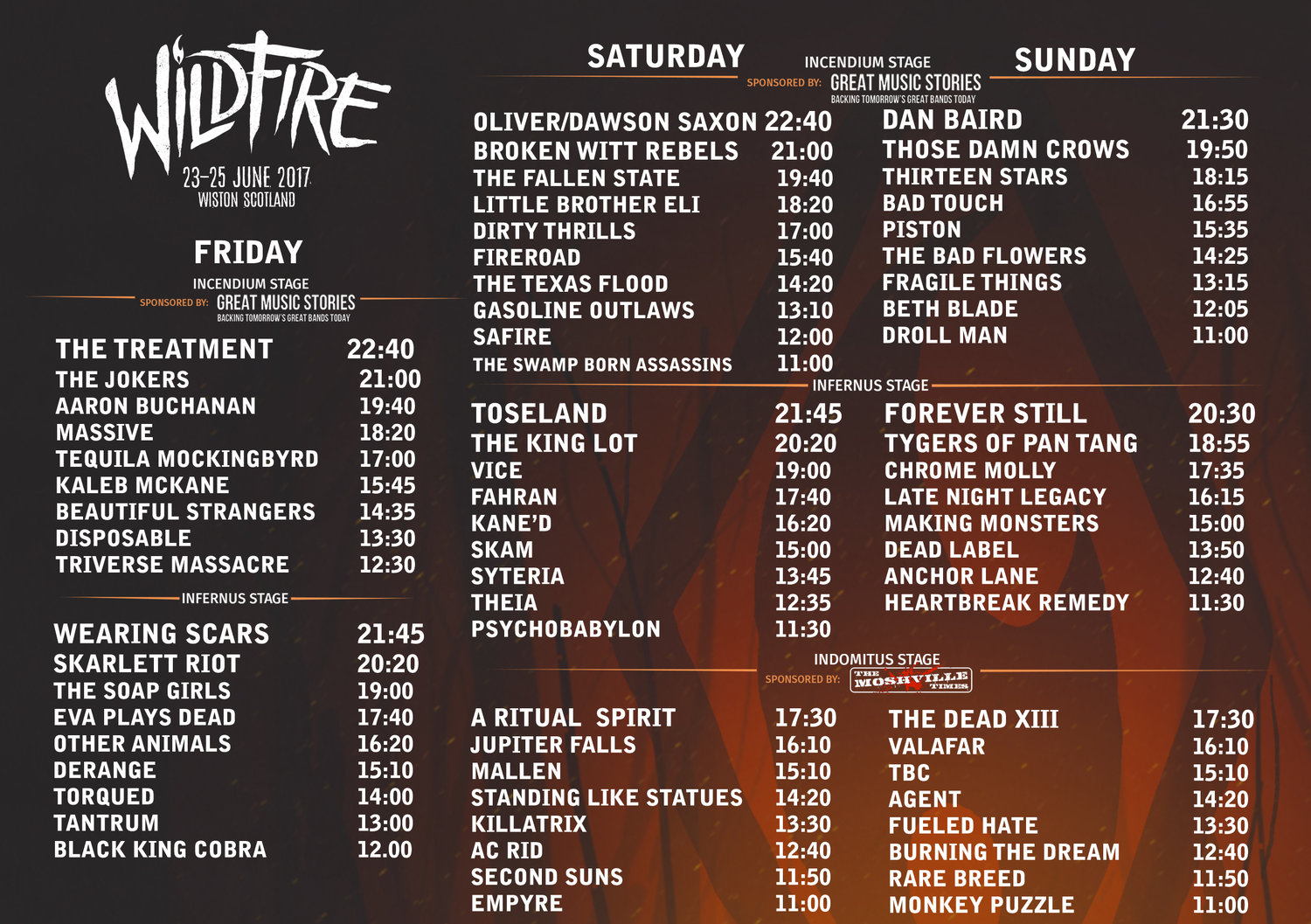 Three days of riotous rock in the sumptuous grounds of Scotland's Wiston Lodge... now that's something to look forward to.

And Wildfire Festival, which takes place from 23-25 June, promises a “who’s who” of the new generation of breakthrough UK rock bands.

And, as Scotland’s only major rock festival in 2017, Wildfire is also championing grassroots Scottish bands with 11 local acts confirmed including The King Lot, Anchor Lane, Tantrum, Black King Cobra, Disposable and Swamp Born Assassins – some of whom are securing their debut at a major rock festival.

The festival will also have an international flavour, presenting bands from Australia (Tequila Mockingbyrd, Other Animals and Massive), The USA (Dan Baird), South Africa (The Soap Girls) and Denmark (Forever Still).

In addition to the two main stages, for the first time Wildfire Festival will be hosting a third stage specifically geared to a teenage audience, where a number of young bands will gain their first ever festival experience. A supervised Wildfire bus service will ensure youth groups can travel safely to and from the venue.

Unlike many “big-name big-money” festivals, Wildfire Festival is the brainchild of organiser Dave Ritchie who launched Wildfire five years ago, wanting to give young bands a platform to break into the mainstream – and to give music lovers an opportunity to experience a festival that wouldn’t break the bank.