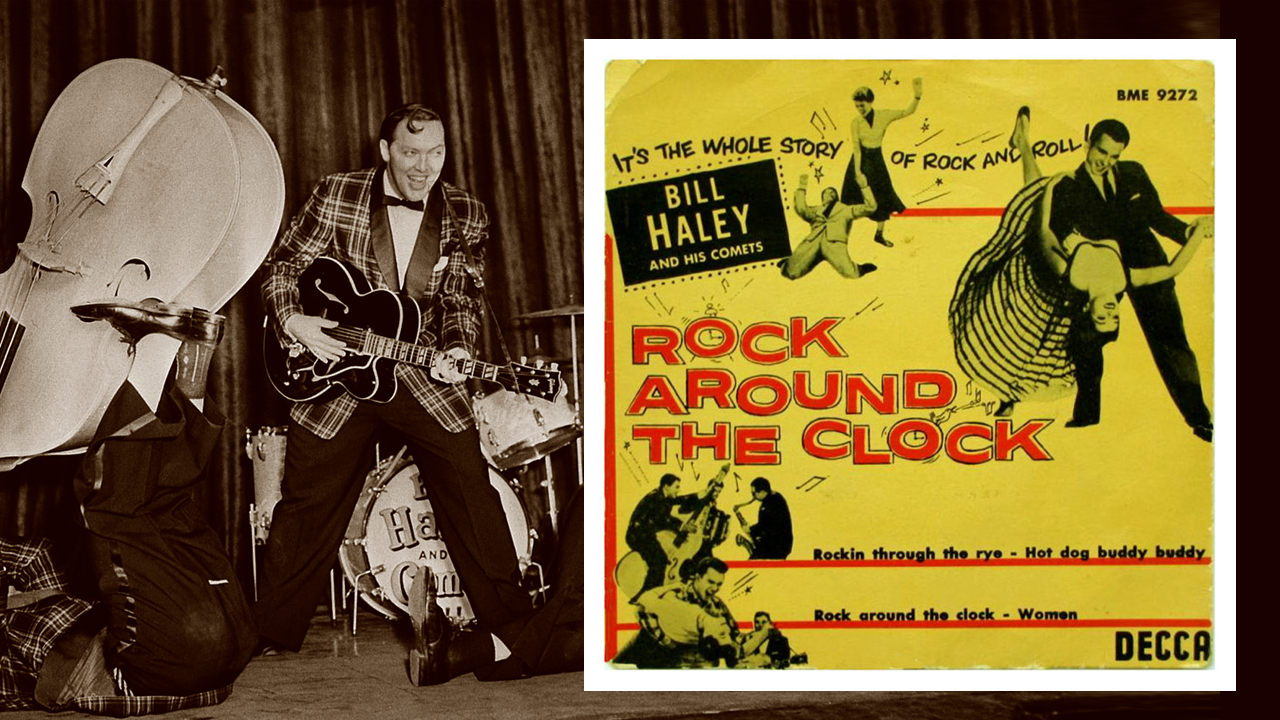 On its first release in January 1955 it spent five weeks on top of the British charts, on it's second in April 1968 it reached number 20 and on a third release in March 1974 it got as high as number 12. In all it spent 57 weeks in the British charts and was the only release by the legendary Bill Haley to reach number one in the UK.

But irrespective of all the great records that came before it and all those that have followed, Bill Haley's Rock Around The Clock stands out as one of the most iconic tracks of the rock'n'roll era and is widely regarded as the first of the genre to make it to the top of the charts after being featured in the 1955 film Blackboard Jungle, a movie about unruly students and teenage rebellion.

But before Rock Around The Clock topped the US charts in 1955, Haley recorded Crazy Man, Crazy... a song he said was inspired by slang he heard at the high school dances where he and his Comets cut their teeth in the music business... FULL STORY