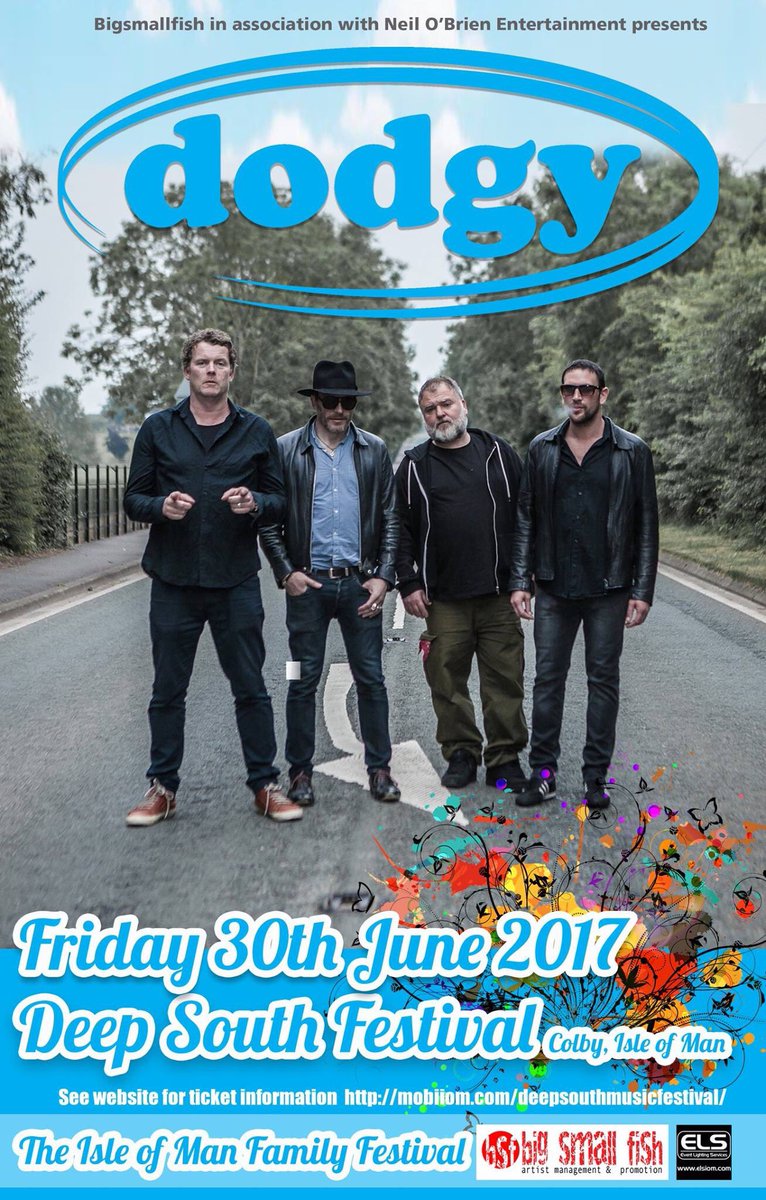 The Isle of Man will be digging into a hearty helping of roots music when the Deep South Festival kicks off on the island from 30 June to 2 July this year.

Now firmly established in its new surroundings at Colby Football Club, this year's festival promises to build on the huge improvements made last year with three stages showcasing a line-up of top UK artists.

Headliners on Friday will be 1990s power pop band Dodgy, while top of the bill on Saturday are legendary UK ska and reggae outfit The Beat.

Chart regulars during their mid-90s heydey, Dodgy scored massive hits with Staying Out For The Summer, Let Me Go Far and Good Enough and their bright guitar pop lodged them firmly in the nation's consciousness during the Britpop era.

Two-Tone sensations The Beat, now in their fourth decade, had hits with Mirror In The Bathroom and the skanked-up version of Tears Of A Clown, both released during the early 1980s.

Former lead guitarist with the The Coral, Bill Ryder Jones is the main support for Dodgy on Friday night, while also playing on the Saturday evening will be indie band Abel Raise The Cain, who hail from the north-east of England.