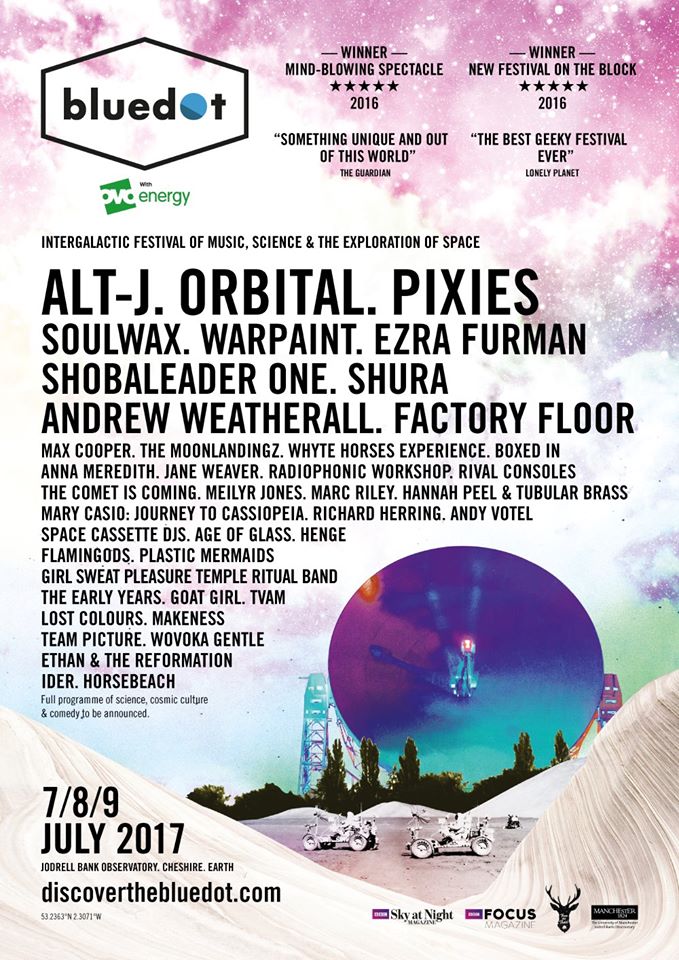 Bluedot on the horizon

What do you get when you combine intergalactic sounds with a thought-provoking mix of science and culture? Easy, it's Bluedot, an award-winning festival of discovery at the grounds of a deep space observatory and set against a backdrop of the iconic Lovell Telescope at Jodrell Bank.

Taking place from today until Sunday, 7-9 July, Bluedot combines a truly stellar line-up of music with a ground-breaking programme of live science experiments, expert talks and immersive artworks in the Cheshire countryside, near Macclesfield.

Launched last year the festival was nominated in over six categories at the UK Festival Awards, including Best New Festival, Best Small Festival and Best Headliner for Jean-Michel Jarre, and had two nominations at the AIF Awards, including New Festival on the Block and Mind Blowing Spectacle. This year it promises to be bigger and better.

As well as the music Bluedot plays host to a range of talks and panel discussions – dealing with cutting edge themes like fake news, the dark net and the future of climate change under US president Donald Trump. But if that all seems a bit heavy, there’s also a crucial discussion on the scientific secrets of Doctor Who.