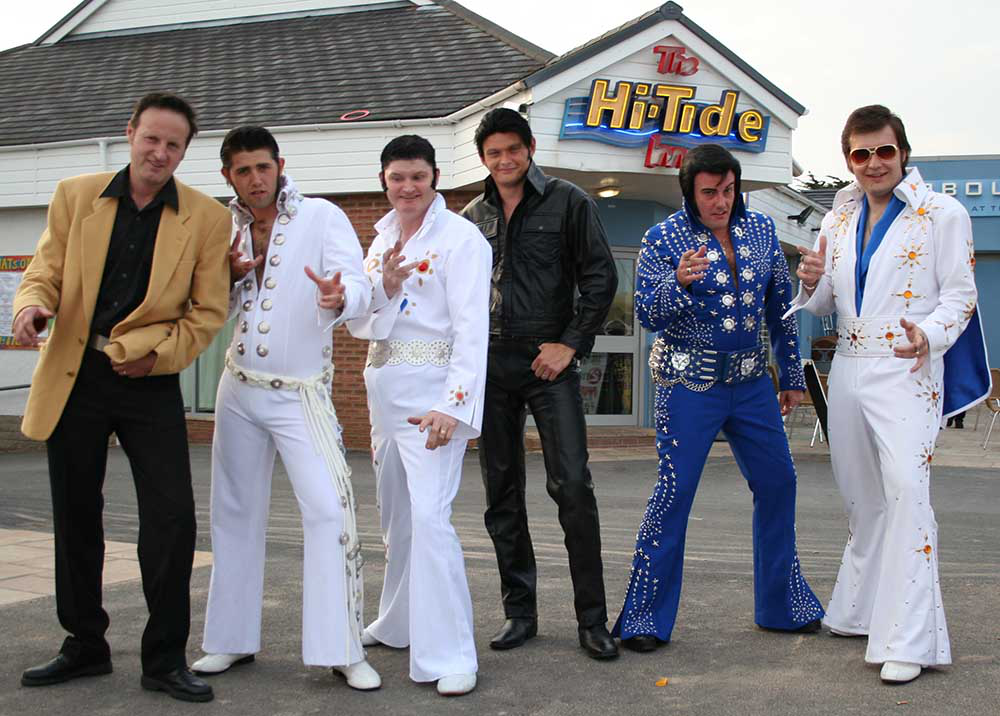 Festival has swagger of 'King of Rock and Roll'

It's a far cry from Graceland but the 84th anniversary of his birth is as good a time as any to get the first mention of the year in about the Porthcawl Elvis Festival, which descends on the South Wales seaside resort every September for a weekend of tributes to the "King of Rock and Roll".

In 2019 the festival will take place from 27-29 September at the Grand Pavilion, about the closest thing in Wales to the Shreveport Municipal Memorial Auditorium where Presley cut his teeth as a performer in 1954, except in Porthcawl everyone on the bill has the same swagger.

A big part of the official shows at the Pavilion are The Elvies, the world's leading award show for Elvis tribute artists, but in addition to that more than 100 shows take place at The Hi Tide, near Trecco Bay, many with free admission.

Another 20 venues in and around the town form the fringe festival, making Porthcawl the largest Elvis event in Europe.

Festival organiser Peter Philips says it is a huge boost to the local economy, bringing in large numbers of fans to the resort which saw rapid decline after the Valleys' coal mines closed.

The event has grown quickly since it started in 2004 and now brings around 35,000 visitors to the scenic seaside town. 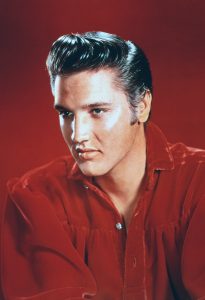 Presley, who was born in Tupelo, Mississippi, on 8 January 1935 is one of rock music’s best-loved performers.

He moved to Memphis as a teenager and, with his family, was off welfare only a few weeks when producer Sam Phillips at Sun Records, a local blues label, responded to his audition tape. Several weeks' worth of recording sessions followed with a band consisting of Presley, guitarist Scotty Moore and bassist Bill Black.

Their repertoire consisted of gospel hymns, plus blues and country songs, with Presley already a flamboyant character with relatively long greased-back hair and wild-coloured clothing combinations.

But his unmistakable style didn't emerge until he and the band began experimenting with blues singer Arthur (“Big Boy”) Crudup’s song That’s All Right Mama in July 1954.

Blending their diverse influences they developed a striking synthesis that eventually became known as "rockabilly", retaining many of the original’s blues inflections but with Presley’s high tenor voice and a basic rhythm producing a more supple sound that formed the hallmark of the five singles Presley released on Sun over the next year.

Although none became a national hit, by August 1955 when he released the fifth, Mystery Train, he had attracted a substantial following through his live appearances in regional roadhouses and clubs, and as a result of his radio performances on the nationally aired Louisiana Hayride broadcast from the Shreveport auditorium.

Presley’s management was then turned over to Colonel Tom Parker, a country music hustler who had made stars of Eddy Arnold and Hank Snow. Parker arranged for Presley’s song catalogue and recording contract to be sold to major New York City-based enterprises, Hill and Range and RCA Victor, respectively.

Presley began recording at RCA’s studios in Nashville, Tennessee, with a bigger group of musicians but still including Moore, Black and their drummer Dominic Fontana.

His relationship with RCA began to create a national sensation with a series of hits including Heartbreak Hotel, Don’t Be Cruel, Love Me Tender and All Shook Up. From 1956-58 he completely dominated the best-seller charts and ushered in the age of rock and roll, opening doors for both white and black rock artists.

His television appearances, especially those on Ed Sullivan’s Sunday night variety show, set records for the size of the audiences. Even his films, a few minor vehicles, were box office smashes.

Presley became the teen idol of the decade, greeted everywhere by screaming young women... but in early 1958 the US Army came calling and he was drafted by his country.

When he returned from the army, where he had served as a soldier in Germany rather than joining the entertainment division, critics expected him to fade away but instead he continued to produce hits from recordings stockpiled before he entered the army.

On his return to the US he picked up pretty much where he'd left off, churning out a series of more than 30 movies (from Blue Hawaii to Change of Habit over the next eight years, almost none of which fit any genre other than “Elvis movie”... light comedic romance with musical interludes.

Most had accompanying soundtrack albums, and together the movies and records made him a rich man. But Presley did his best work in the 1960s on singles either unconnected to the films or only marginally stuck into them, recordings such as It’s Now or Never, Little Sister, Return to Sender and Viva Las Vegas.

Now no longer a controversial figure, he'd become another predictable mass entertainer, detached from the rock audiences that had developed with the advent of the new sounds by the Beatles, the Rolling Stones and Bob Dylan.

But his one-man Christmas TV special in December 1968, a tour de force of rhythm and blues, did much to restore his credibility and his 1969-single Suspicious Minds went to number one. He also began doing concerts again and quickly won back a sizeable following, although it was not nearly as universal as his audience in the 1950s.

For much of the next decade he was again one of the top live attractions in the United States but had become a mainstream entertainer, an icon but not so much an idol. He had married in 1967 without much fanfare, became a parent with the birth of his daughter, Lisa Marie, in 1968, and got divorced in 1973.

He made no more movies, although there was a good concert film, Elvis on Tour. His recordings were of uneven quality, but on each album he included a song or two that had focus and energy.

Hits were harder to come by, with Burning Love (1972) his final Top 10 entry, but his concerts remained big money earners.

Spending almost all his time when not on the road in Graceland, his Memphis estate, he soon became dependent on a variety of prescription drugs and his shows deteriorated.

Finally, in the summer of 1977, the night before he was to begin another concert tour, he died on 16 August of a heart attack believed to have been brought on by drug abuse. He was 42 years old.

Almost immediately on hearing of his death, mourners from around the world gathered at Graceland to say farewell and, in a way, that mourning has never ceased: Graceland remains one of the top tourist attractions in the US and Presley’s albums and other artefacts continue to sell briskly.

Every August crowds flock to Graceland to honour him and from time to time rumours crop up that his death was faked to free him from fame. Who knows? There've been plenty of sightings of him over the years in Porthcawl!

For more information about the Porthcawl Elvis Festival visit the website.