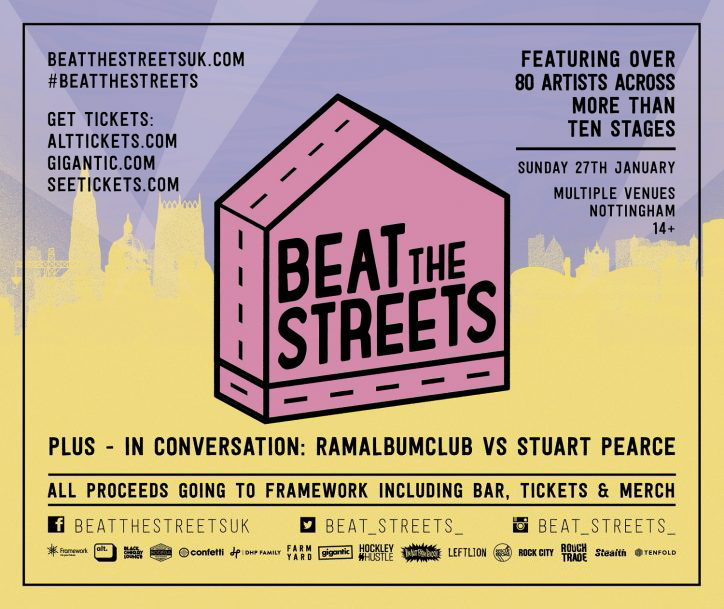 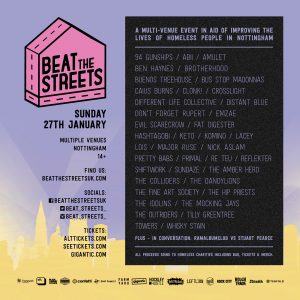 The streets of Nottingham will be alive with music on Sunday, 27 January, when Beat The Streets bursts onto the scene.

Featuring more than 80 national and local acts playing across more than 10 stages dotted around city-centre venues, all proceeds raised by the festival from ticket sales, merchandise and bar sales at designated venues will be donated to local homeless charities, including housing charity Framework.

The money raised at last year's event enabled Framework to hire two new members of staff, one working within the outreach team and another in the role of social worker, providing front-line help to rough sleepers and providing specialist support. The funds also enabled the provision of more supported accommodation; more temporary beds; more re-connection services; and more support for people who spend their days on the streets.

Nottingham metal-heads Evil Scarecrow have been captivating audiences for years. Playing in local pubs or holding their own on Bloodstock Festival’s main stage, the band are renowned for their epic live shows.

While alternative folk-artist Keto has played Green Man Festival and Glastonbury Festival, toured with the likes of Julia Jacklin and Low and was selected for PRS For Music’s ‘Women Make Music’ fund.

Beat The Streets is being delivered by DHP Family in collaboration with local organisations and music groups including I’m Not from London; Farmyard Records; Hockley Hustle; and Rough Trade.