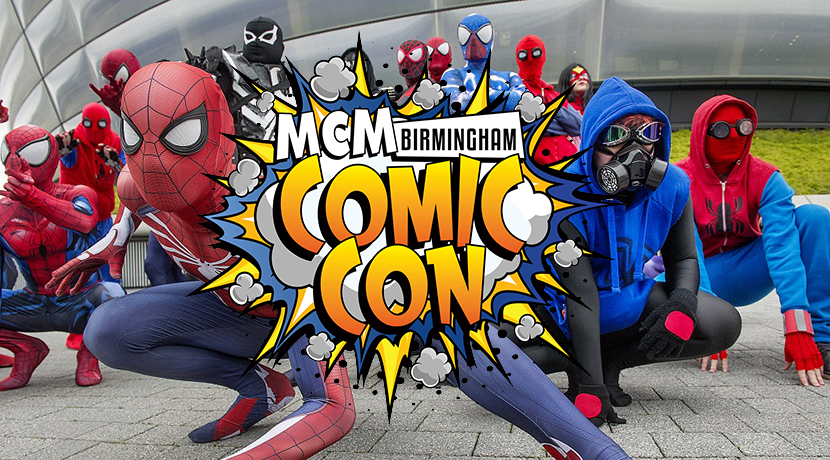 The leading pop-culture event organiser in the UK, MCM Comic Con has four events lined up in the UK this year... in London, Birmingham, Manchester and Scotland.

First up is Birmingham, taking place from 23-24 March at the NEC, which is followed by London in May, Manchester in July and Glasgow in September.

At the NEC comic creators of all styles, mediums and levels can join together in the Comic Village to celebrate the art and pick up tips from the best in the business; plus there'll bee Theatre Panels, where this year’s star attractions will dish out behind-the-scenes gossip, tease upcoming plots and answer all sorts of questions.

This year the celebrity guests are Tom Hopper, who has appeared in Merlin, Doctor Who, Black Sails and Game of Thrones; Rupert Young, who played Sir Leon in Merlin and has had roles in Hotel Babylon, The White Queen and Doctor Who; and Welsh actor Alexander Vlahos, best known for playing Philippe, Duke of Orleans in Versailles and for Mordred in Merlin.

As well as taking part in the Theatre Panels, they will also be available for photo shoots and autograph signings throughout the event.

Cosplay is a massive part of every MCM Comic Con and Birmingham is no exception, with the Cosplay Masquerade taking place on the main stage towards the end of both days of the show... it's free to participate in or to watch.