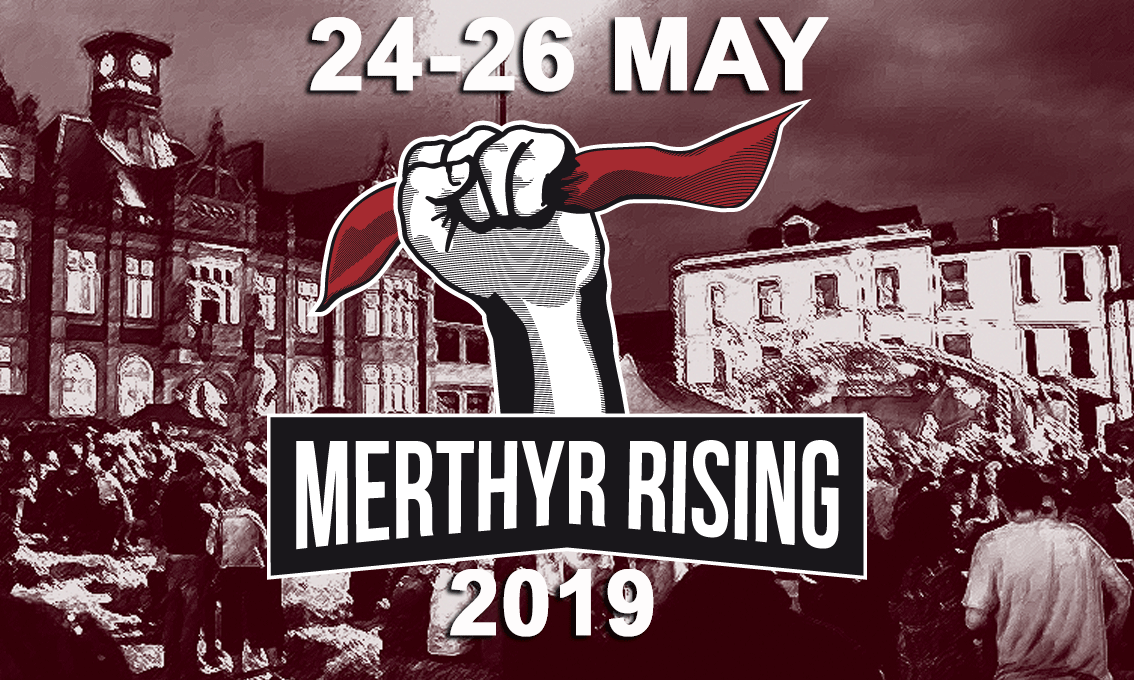 Now in its fifth year, Merthyr Rising stands out amongst the crowd of music festivals that take place throughout the year in the UK because of the events in 1831 that inspired it and the ideals it now serves to promote.

A music, arts and ideas festival that celebrates working-class culture and community strength, the festival takes place during the anniversary of one of the first organised uprisings by workers in the UK known as the Merthyr Rising, the violent climax to many years of simmering unrest in the working-class population of Merthyr Tydfil where it is believed the red flag of revolution was flown for the first time as a symbol of workers' revolt.

The festival has grown steadily since 2013, working closely with trade unions and the local community and is run as a not-for-profit organisation with a constitution to support music, arts and creativity in the area and raise the profile of the town.

Merthyr Rising 2018 was a huge success, with thousands of people coming together from as far away as Australia to celebrate the rich cultural and political heritage of Merthyr in a weekend of music, political debate, screenings, talks and family fun.

Following on from that success which saw performances from The Alarm, Roland Gift of Fine Young Cannibals, The Blockheads and Dreadzone, the team are working on another eclectic line-up of great music for 2019, with confirmed headliners Black Grape and Cast already signed up, along with The Men They Couldn’t Hang, Vant, Tom Hingley and The Karpets, The Now, Charlie Says and many more still to be announced.

Last year's festival saw the addition of a second stage, the SIMA tent, hosting everything from dance music to acoustic acts, which proved a huge success and returns bigger and better for 2019. Also new in 2018 was festival camping at Cyfarthfa Park, which the organisers are looking to improve and expand this year with a more affordable package for weekend camping and a festival pass.

In keeping with the festival’s ethos, politics will play a huge part, with organisers striving to deliver talks, debates and screenings which have particular relevance to the working classes with the aim of inspiring more engagement from people who would not otherwise attend a political rally, while making sure the festival remains a fun event to be involved in.

The festival, which takes place in Penderyn Square, runs from 24-26 May and incorporates a new ‘staged’ pricing structure, with early-bird weekend tickets available for a limited time, rising to £50 nearer to the festival itself.

For tickets and more information about Merthyr Rising 2019 visit the website.