Following more than a year of local tasting panels and regional heats, Lacons’ Audit Ale has been named champion winter beer of Britain.

Announced at this week's Great British Beer Festival Winter in Norwich, Audit Ale got its name because of the way a number of Cambridge and Oxford university colleges used to celebrate the end of their annual audits with a special brew. 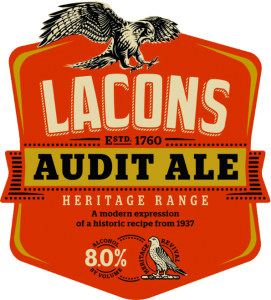 Only available on limited release, the dark copper barley wine impressed judges with its smooth and sweet finish, aroma of marmalade and peach and was described as being “packed with berry fruits and spices”.

Festival organiser Martin Ward said: “The CAMRA champion beer of Britain is one of the most prestigious beer competitions in the world. It is the ultimate honour for UK brewers, and has helped put many into the national spotlight. Lacons’ Audit Ale is a very worthy winner of one of CAMRA’s highest accolades.”

The Great British Beer Festival Winter takes place at The Halls in Norwich until 23 February and features a vast range of popular summer golden and light ales, ruby and dark ales, foreign beers and ciders, all served in the magnificent St Andrew’s and Blackfriars’ medieval friary buildings.

For more information about Lacons’ Audit Ale visit the website.