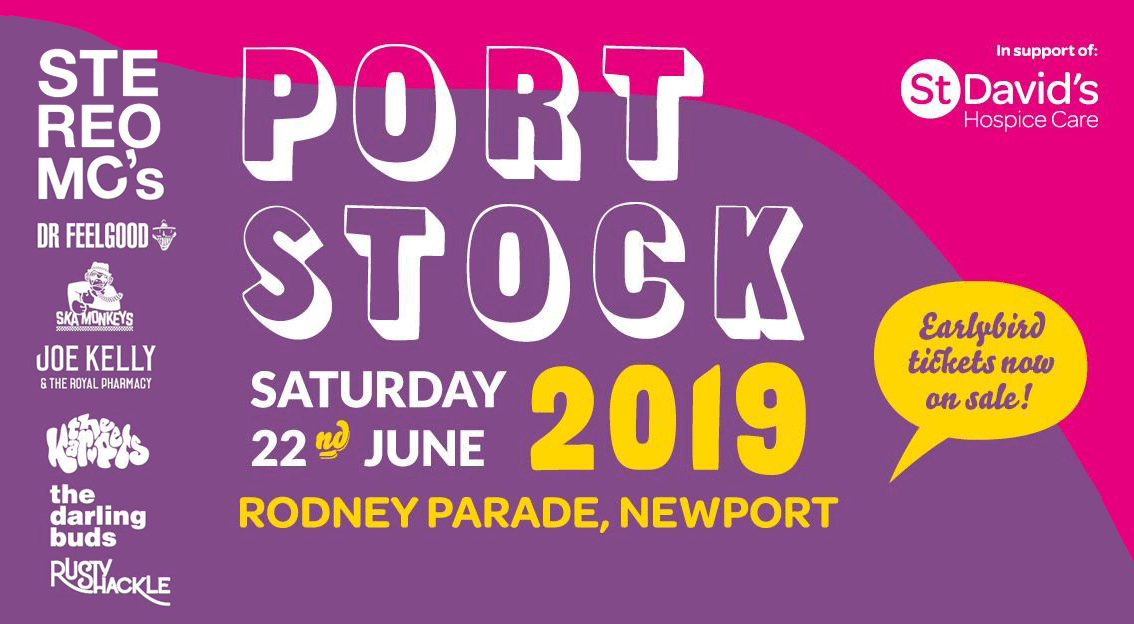 A one-day music event with a diverse selection of local food traders, stalls and workshops, the festival is organised by St David’s Hospice Care to raise funds for palliative treatment for people facing life-limiting illnesses. The hospice also provides care and support to their families.

This year the event will be bigger, better and hopefully drier... having been moved forward to 22 June from August in the hope of capturing some sunshine at its new location at Rodney Parade, having been staged at Tredegar Park last year.

The headliners for the event are British dance group Stereo MCs and popular rhythm and blues band Dr Feelgood, with other acts on the bill including Rusty Shackle, Tom Hingley and the Karpets, The Darling Buds, The Ska Monkeys and Joe Kelly and the Royal Pharmacy.

All profits raised from the event will go directly to Newport-based St David’s Hospice Care and the work it does throughout South-east Wales.