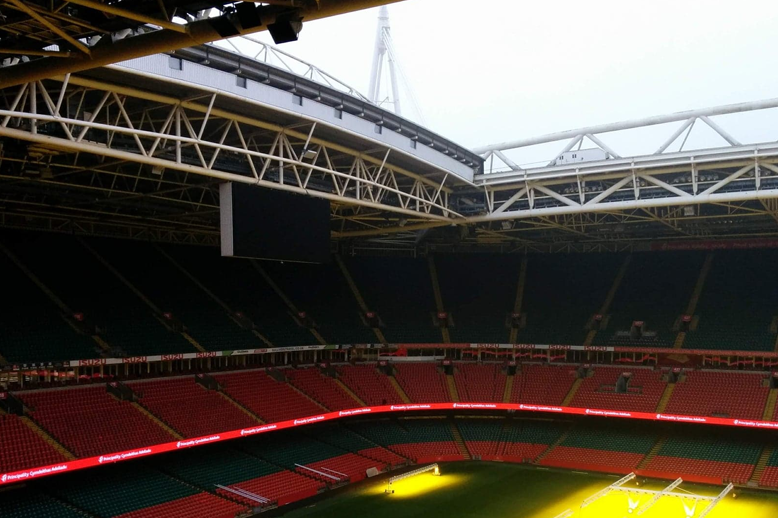 Jewel in Welsh crown for the 1999 Rugby World Cup

It began life as the Millennium Stadium, the jewel in the Welsh crown for the 1999 Rugby World Cup, and then in January last year changed its name to the Principality Stadium, but for one night in June this year it takes on the guise of the National Stadium of Wales, when the final of Europe’s biggest club football event will take place on its hallowed ground.

On Saturday 3 June 2017 the eyes of the world will be on Cardiff and the stadium will welcome a host of footballing superstars, but you don’t have to be a soccer legend to experience the magic.

Tickets to the game are amongst the most sought-after on the planet this year but it costs a lot less to feel the passion of the players’ tunnel, smell the excitement of the dressing room and walk out onto the pitch on one of the many tours that offer a behind-the-scenes glimpse of the magic that makes the Cardiff ground one of the world’s greatest stadiums.

Tours of the Principality Stadium run throughout the day and visitors
can experience the build up before a match in the ‘Dragon's Lair’, Wales' team dressing room, and hear the roar of 74,500 fans as the players walk down the tunnel towards the hallowed turf.

Experienced guides can tell you all about the semi-artificial Desso pitch system and the fully retractable roof, which allows the entire playing surface to be covered to create one of the world's largest indoor arenas, before taking you to experience the view from a VIP hospitality suite.

But the final thrill is your chance to lift a trophy to the skies like a true sporting superstar in the president's box, an area normally reserved for visiting dignitaries.