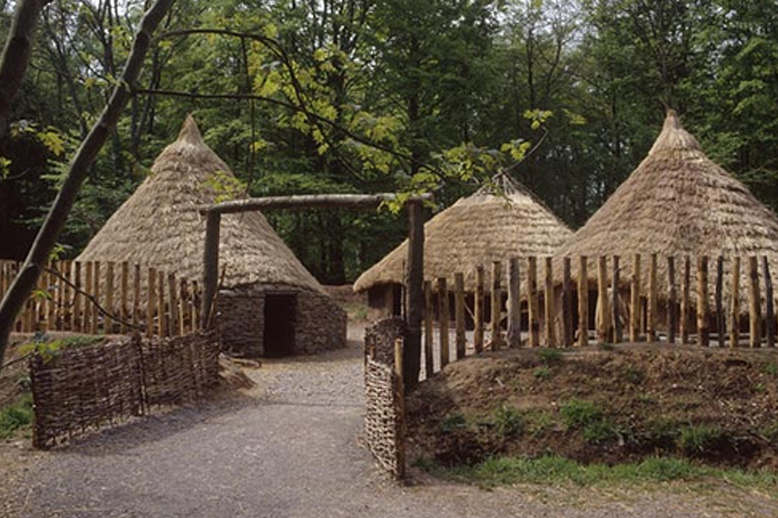 St Fagans National Museum of History is an open-air attraction that chronicles the traditional lifestyle, culture and architecture of Wales.

Located in St Fagans, just outside Cardiff, the museum consists of more than 40 buildings from various locations in Wales, and is set in the grounds of St Fagans Castle, an Elizabethan manor house.

The museum was started in 1946 following the donation of the castle and lands by the Earl of Plymouth and it opened its doors to the public in 1948, under the name of the Welsh Folk Museum.

The brainchild of Iorwerth Peate, the museum was modelled on Skansen, the outdoor museum of vernacular Swedish architecture in Stockholm.

Although the museum was intended to preserve aspects of Welsh rural life, it now also includes several buildings that depict the industrial life that succeeded it.

There is a row of workers' cottages, depicting furnishing from 1800-1985, from Rhyd-y-car near Merthyr Tydfil, as well as the Oakdale Workmen's Institute. Even a post-war prefabricated bungalow has been erected on the grounds.

The medieval parish church of Saint Teilo, formerly at Llandeilo Tal-y-bont in west Glamorgan, was opened in October 2007 by the Archbishop of Canterbury, Rowan Williams; while a Tudor merchant's house from Haverfordwest, opened in 2012, is the latest building to be added to the museum's collection.

Since 1996 the museum has hosted the Everyman Summer Theatre Festival, which includes a Shakespeare play, a musical, and a children's show, and scenes from the Doctor Who episodes "Human Nature" and "The Family of Blood" were filmed at the museum.

It is planned that the Vulcan Hotel that was originally located in Adam Street, Cardiff, will be rebuilt on the site. It had originally opened in 1853, but closed for the last time in May 2012. It was dismantled in 2013 and is now in storage and it is hoped to restore the pub as it would have looked in 1915.