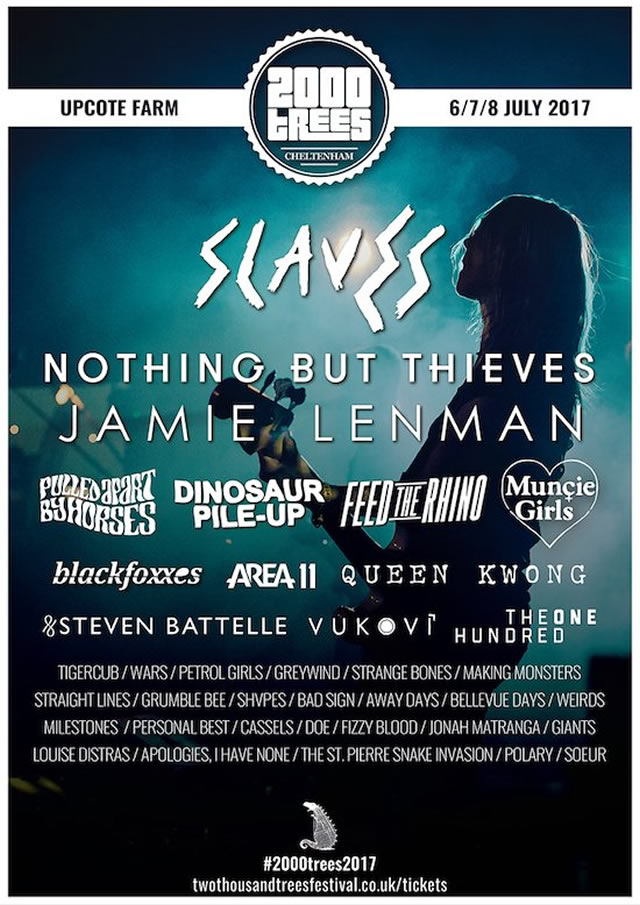 Underground surfaces in the Cotswolds

It's an ideal place to escape from the frantic pace of modern life and enjoy the beauty and tranquility of the Cotswolds, but for three days in July Upcote Farm explodes into a vibrant poster for the British underground music scene.

Created in 2007 by six friends who'd had enough of paying large sums to see their favourite bands at big summer venues, the onus of the 2000 Trees Festival is based around good-value tickets and sound environmental principles.

The festival returns to Upcote Farm, Cheltenham, for an 11th year from 6-8 July and the multi-award-winning three-day extravaganza offers an intimate friendly atmosphere plus amazing food and locally produced ciders, ales and lagers.

But most of all 2000 Trees is about the music and there’ll be more than 130 of the best up-and-coming bands playing across four main stages of music, mirth and mangy melodies.

The list of great bands just goes on and on and would you believe we still haven't covered them all here, but with the diverse selection of sounds covering everything from heavy rock to cutting-edge hip-hop there's something for all tastes at 2000 Trees.

With its smaller size and large campsite the festival manages to generate one of the best vibes you’ll find on the UK festival scene – a truth that was reflected when the event was awarded the 2010 Grass Roots Festival prize at the UK Festival Awards.

With comedy, village traders and everything you need to take you from horizontally relaxed through to startlingly upright, this is a very cool place to spend a weekend away from real life.