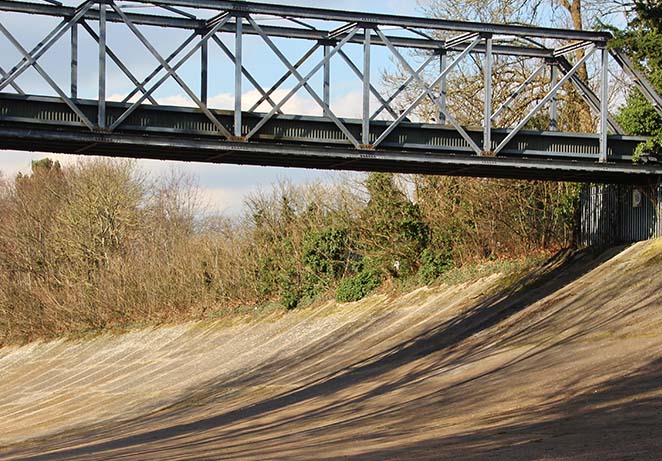 Opening with a 24-hour record

Originally constructed in 1907, the Brooklands race track was the 'Ascot of Motorsport' in its heyday and the place where speed demon Sir Malcolm Campbell cut his teeth as a racing driver.

Built by local landowner Hugh Locke King on 330 acres of farm and woodland on his estate at Weybridge in Surrey, it was the world's first purpose-built motor racing circuit and featured a 2.75-mile outer track that was 100ft wide, with two long straights joined by two banked curves up to 30ft high.

Constructed of concrete and built in only nine months, the total length of track was 3.25 miles and cost a price equal to about £16m today.

Just 11 days after it opened, it was the venue for the world's first 24-hour motor event on 28–29 June when racing pioneer Selwyn Francis Edge established a dramatic speed record. With hundreds of lanterns to mark the inner edge of the track and bright flares to illuminate the rim, Edge drove his green six-cylinder Napier for the whole 24 hours covering 1,581 miles at an average speed of almost 66 miles an hour. Supported by two other Napiers on the run, Edge comfortably beat the existing record of 1,096 miles set at Indianapolis in 1905 to establish a record which stood for 17 years.

The first official race was held on 6 July 1907 and to begin with many of the procedures were based on horse-racing traditions, partly in an attempt to attract a ready-made audience to this new and curious sport. Cars assembled in the ‘paddock', were ‘shod’ with tyres, weighed by the ‘clerk of the scales’ for handicapping and drivers were even instructed to identify themselves by wearing coloured silks in the manner of jockeys.

George Stanley broke the one-hour record at Brooklands on a Singer motorcycle in 1912, becoming the first rider of a 350cc motorcycle to cover more than 60 miles in an hour, and the world record for the first person to cover 100 miles in an hour was also set at the track by Percy Lambert on 15 February 1913 when driving his 4.5-litre Talbot.

The track also provided the platform for world speed-record holder Campbell to learn his craft, the driver having his first race at the circuit in 1910.

Brooklands was also one of Britain's first airfields, with Alliott Verdon-Roe carrying out the first taxiing and towed flight trials of a British full-size powered aircraft by a British pilot in 1908. On 29 October 1909 the first official powered flight at Brooklands was made by Frenchman Louis Paulhan and his Farman biplane, an event that attracted 20,000 people and was the first public flying display at Brooklands.

Brooklands closed to motor-racing during World War I and was requisitioned by the War Office and continued its pre-war role as a flight-training centre although it was now under military control. Brooklands soon became a major location for the construction, testing and supply of military aeroplanes. 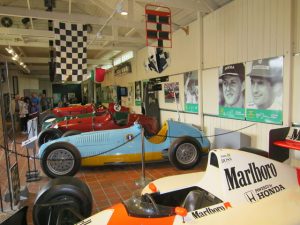 When World War II broke out in 1939, motor-racing ceased and the site was turned over to war-time production of military aircraft. The circuit hosted its last race in August 1939 and today only sections of the race track survive. These form part of the Brooklands Museum, a major aviation and motoring museum, as well as a venue for vintage car, motorcycle and other transport-related events.