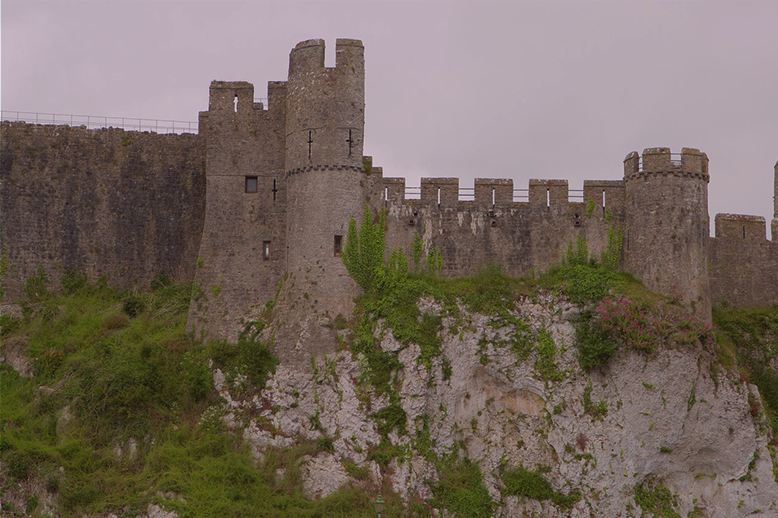 Fortress on the banks of the Cleddau Ddu estuary

The birthplace of Henry VII, Pembroke Castle is set idyllically on the banks of the Cleddau Ddu estuary and is a mighty fortress steeped in history.

Extensively restored in Victorian times, it is dominated by a complex gatehouse on the outside and a huge circular keep inside.

The walled town of Pembroke also contains many ancient and interesting Norman buildings.

The castle was established by Roger Montgomery, Earl of Shrewsbury, in 1093 as a timber building, with the first stone structure erected by William Marshal after he became Earl of Pembroke in 1189.

In 1457 Henry Tewdwr was born in the castle and he later defeated Richard III at the Battle of Bosworth Field to become the first monarch of the Tudor dynasty, Henry VII.

In 1648, Oliver Cromwell laid siege to the castle during the English Civil War and it remained an ivy-covered ruin until 1880 when Brecon philanthropist J R Cobb spent three years restoring what he could.

Nothing further was done until Major-General Sir Ivor Phillips of Cosheston Hall acquired the ruins in 1928 and started an extensive restoration of the castle.