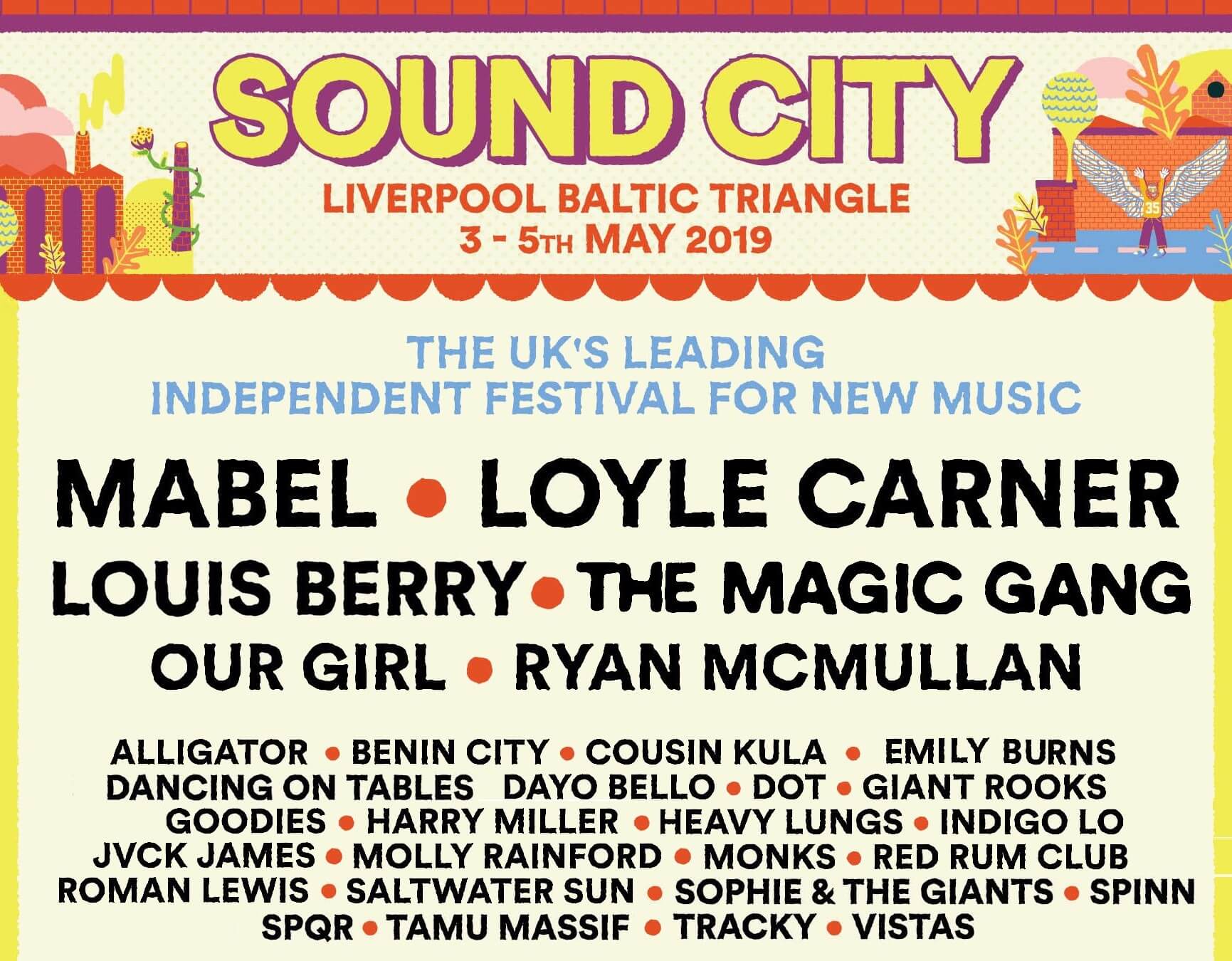 One of the UK’s leading independent festivals for new music, Sound City returns to Liverpool for another whirlwind weekend of music from 3-5 May 2019.

Renowned for its musical heritage, Liverpool radiates an energy unlike any other city in the UK and the unforgettable three-day festival captures the city's vibrancy with some of the country’s biggest names performing alongside Liverpool’s constant stream of emerging talent.

The spectacular festival is centred in Liverpool’s creative hub, The Baltic Triangle, which comes alive with music, creative workshops and a renowned music industry conference.

The 2019 festival features the most diverse line-up yet, including Mabel, Loyle Carner, Louis Berry, The Magic Gang plus many more acts to be announced.

Day tickets are priced at £25, with a weekend festival wristband costing £39.50. See the Sound City website for more details.