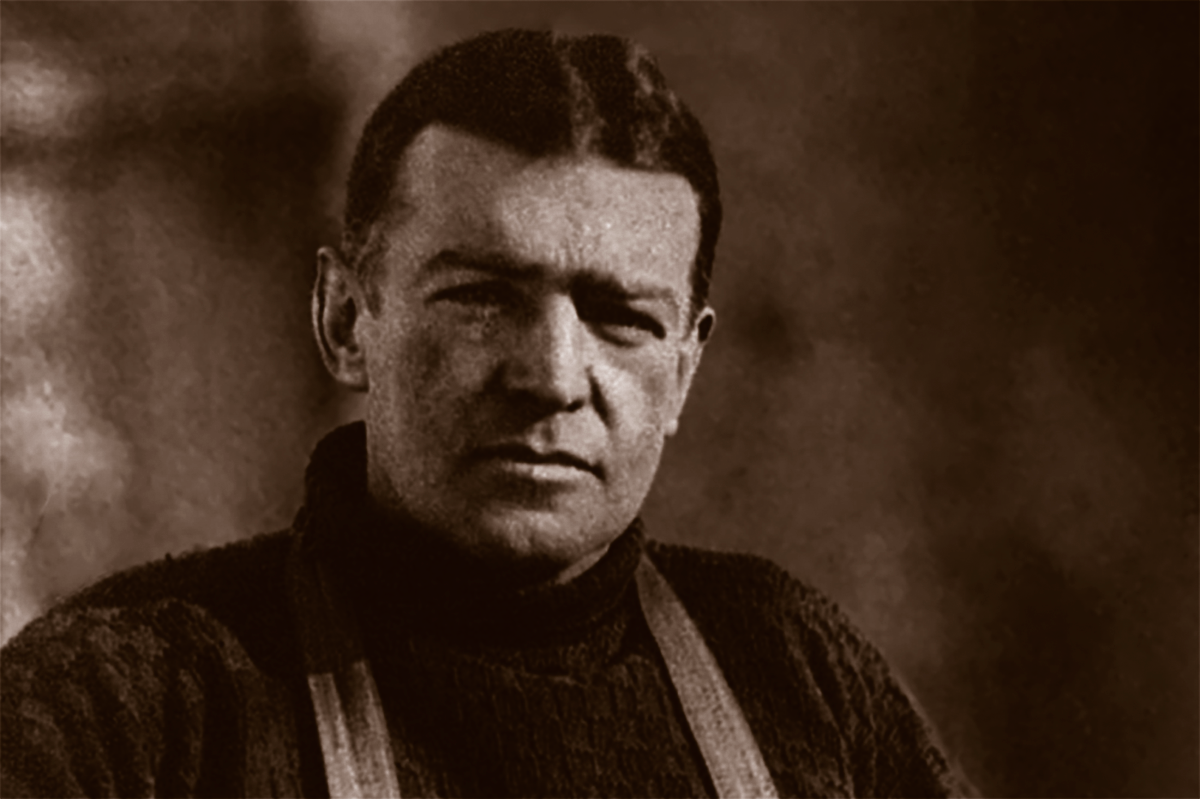 As a team of scientists heads towards Antarctica to investigate one of the most remote parts of the region, it's a fitting time to pay tribute to Sir Ernest Shackleton, one of the great Antractic explorers, who passed away 97 years ago today.

Yesterday the SA Agulhas II set sail towards the Larsen C Ice Shelf, the fourth largest in Antarctica, where only a "handful of ships" have travelled to before.

The mission is twofold: to unearth Shackleton's ship Endurance, which sank in 1915, and to carry out vital climate-change research.

In 2017 an iceberg four times the size of London broke away from the Larsen C Ice Shelf and results from the investigation could provide a better insight into what is happening to sea levels around the world and lead to the discovery of new species.

British explorer Shackleton made his third trip to the continent in 1914 with the primary aim of becoming the first person to cross the Antarctic but his ship the Endurance never made landfall. While all the party survived, the wreckage has never been found.

Early in 1915, Endurance became trapped in the ice and 10 months later sank. Shackleton's crew had already abandoned the ship to live on the floating ice and in April 1916 they set off in three small boats, eventually reaching Elephant Island.

In one of the boats Shackleton and five crew members went to find help and spent 16 days crossing 1,300 km of ocean to reach South Georgia. They then trekked across the island to a whaling station. The remaining men from the Endurance were rescued in August 1916.

Shackleton was born on 15 February 1874 in County Kildare, Ireland. His father was a doctor and the family moved to London where Shackleton was educated. Rejecting his father's wish that he become a doctor, Shackleton joined the merchant navy when he was 16 and qualified as a master mariner in 1898. He travelled widely but was keen to explore the poles.

In 1901, he was chosen to go on the Antarctic expedition led by British naval officer Robert Falcon Scott on the Discovery. With Scott and Edward Wilson, Shackleton trekked towards the South Pole in extremely difficult conditions, getting closer to the Pole than anyone had done before but he became seriously ill and had to return home.

Back in Britain, Shackleton spent time as a journalist and was then elected secretary of the Scottish Royal Geographical Society.

After unsuccessfully standing for parliament in Dundee, Shackleton returned to the Antarctic in 1908 as the leader of his own expedition on the Nimrod. During the expedition, his team climbed Mount Erebus, made many important scientific discoveries and set a record by coming even closer to the South Pole than before. He was knighted on his return to Britain.

In 1911 Norwegian explorer Roald Amundsen reached the South Pole, followed by Scott who died out on the ice during the return journey.

On 24 September 1921 Shackleton began a fourth expedition on the Quest, aimed at circumnavigating the Antarctic continent, but on 5 January 1922 he died of a heart attack off South Georgia and was buried on the island.

A few months later on their journey home the crew of the Quest erected a cross at King Edward Point, across the bay from the cemetery where Shackleton lies buried.

Click here to find out more about Sir Ernest Shackleton