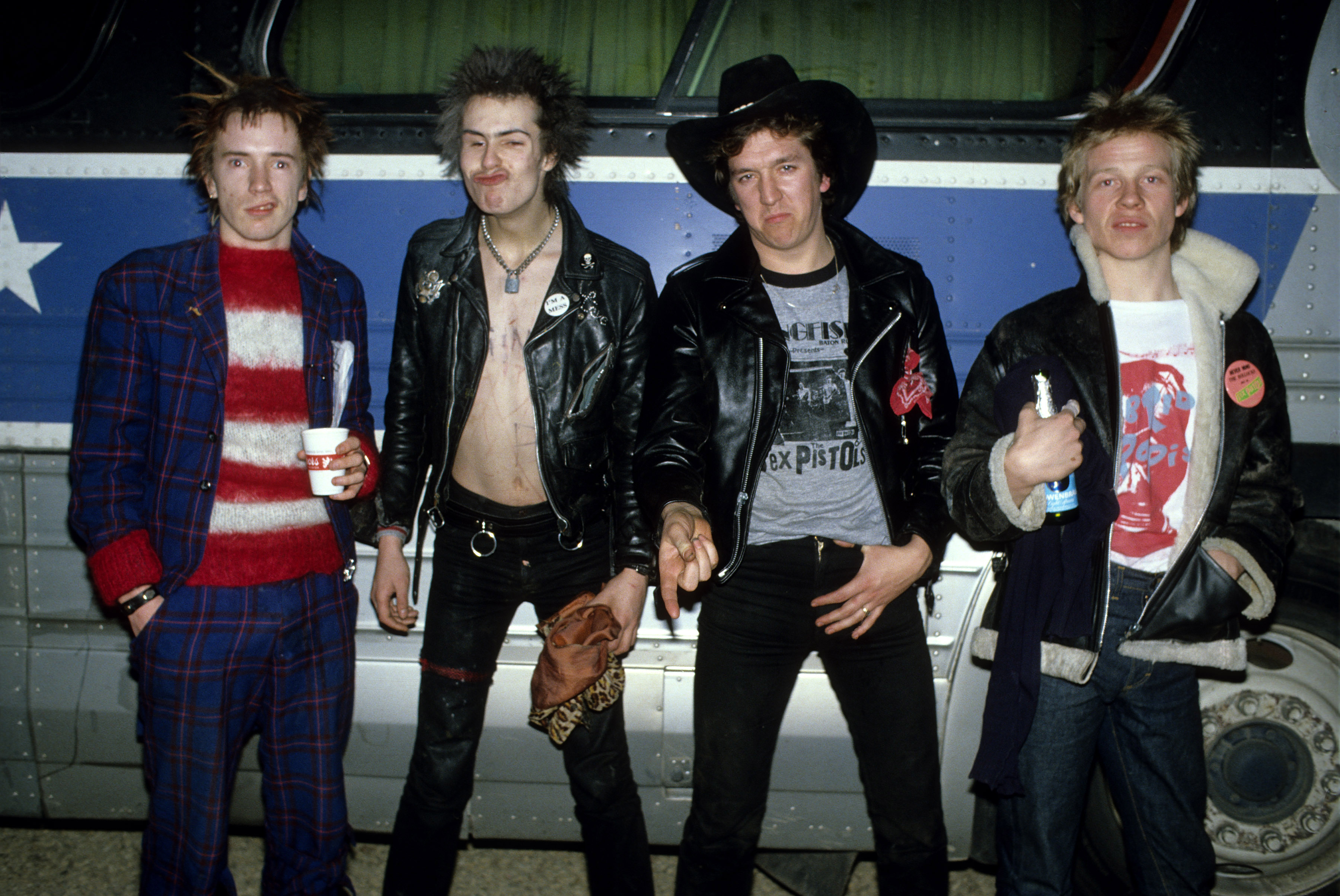 The tour that shot the Pistols

Can you believe it's already 41 years ago today that the Sex Pistols began their one and only ill-fated tour of the United States?

On 5 January 1978 the fearsome foursome rocked up in Atlanta, Georgia, as manager Malcolm McLaren set them on a path to confront their detractors by avoiding major markets, such as New York and Los Angeles, and purposely booked them on a road through the US south.

Originally the tour had been scheduled to begin a few days before the new year, but the start was delayed due to American authorities' reluctance to issue visas to band members with criminal records and several dates in the north had to be cancelled. But after having the problems resolved, they were finally cleared to perform in the US although it still didn’t mean the tour would run smoothly. 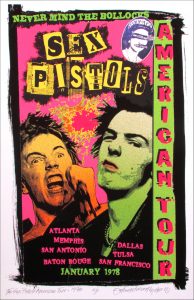 Set to make their debut in Pittsburgh last-minute complications forced them to cancel and Atlanta, where the four band members - vocalist Johnny Rotten, bassist Sid Vicious, guitarist Steve Jones and drummer Paul Cook - might as well have been the Four Horseman of the Apocalypse riding into town, became the site of their American debut.

This was to be followed by dates in Memphis, San Antonio, Baton Rouge, Dallas and Tulsa. The final stop in the seven-show tour was San Francisco, the only date likely to provide an audience sympathetic to the band but this was McLaren's plan, figuring he would get more media mileage out of more surreal and antagonistic stops on the tour.

It was a media circus in Atlanta, with local and national newscasters in over their heads. Commercial radio wasn’t playing the band’s records. Most daily newspapers either ignored or dismissed them.

Filing into the Great Southeast Music Hall that night were music journalists from the British press, scribes from the Village Voice, the New York Times and an assortment of UPI and AP reporters and photographers, including a film crew from High Times magazine documenting the tour.

Also on hand were the Atlanta and Memphis vice squads, and rumours of the FBI and CIA. Most were there to see the Sex Pistols be disgustingly vulgar, spit, vomit and maybe even get arrested. They didn’t get any of it.

What they actually got were pictures of glittering drag queens in platforms, mixed in with glam rockers, art-school students in pre-Goth black, frat boys, rednecks and the curious. And the Sex Pistols? They gave the audience one of the most high-powered rock ’n’ roll shows ever to hit Atlanta. No spit. No vomit. No violence. Just a lot of energy. And a lot of disappointed news people.

But not taking any chances, their American label Warner Brothers had hired a bunch of heavies to travel with the band, one of their main goals being to prevent drug-fuelled Vicious from scoring any heroin.

But he had other ideas and soon disappeared after the Georgia gig, returning later having spent the night at the apartment of an obsessed fan by the name of Helen Killer and making a stop at Piedmont Hospital after cutting his wrist with a letter opener.

In Memphis the Pistols were greeted by a far more sinister audience after about 200 people were left outside the Taliesyn Ballroom waving tickets, screaming and beating on the windows, when fire marshalls insisted seats at the venue be put back having been removed from the front of the auditorium.

The near-riot was broken up when police reinforcements arrived outside the hall and persuaded the crowd to go home and hold on to their tickets for refunds. After a delay, the Pistols hit the stage with objects flying at them, causing Rotten to scream, "I'm not here for your amusement, you're here for mine. So behave yourselves and don't throw things at me. I don't like it."

With the antagonists silenced the band completed their set and uncharacteristically obliged the stomping fans at the end of the show with an encore, before picking up their bags and heading for San Antonio.

Playing their third show in four days at Randy's Rodeo the tour soon descended into anarchy. It had been very evident that part of the audience had only gone there to do serious harm to the band, with Vicious calling the crowd "a bunch of faggots" after being hit on the head by a beer can.

A guy in the crowd had been goading and taunting him all night long and, seeing him celebrating, Vicious went ballistic, mowing his bass through the audience like a scythe before clouting someone with it.

"Oh, Sid dropped his bass," quipped Rotten, with the show on the verge of chaos.

"All you cowboys are faggots," he screamed at the band's attackers.

In Baton Rouge Vicious received simulated oral sex on stage, later declaring "that's the kind of girl I like", and during the show in Dallas he had a message for the crowd, with the words "gimme a fix" scrawled across his chest.

Then on 14 January the remains of the world's most exciting band limped into San Francisco to play their final gig at the Winterland Ballroom. The show had been littered with technical problems from the outset with Jones' guitar regularly cutting out, leaving only Cook's drums and Vicious' bass accompanying Rotten for parts of the show.

Although the show was still an "event", the energy had gone, with the fun long forgotten. And, as the now regular encore of No Fun was finishing, Rotten knelt on the stage and chanted the unambiguous declaration, "This is no fun. No fun. This is no fun... at all. No fun."

As the crash of the final cymbal died away, he addressed the audience directly: "Ah, ha, ha. Ever get the feeling you've been cheated? Good night."

Three days later the band split up, the members making their ways separately to Los Angeles. McLaren, Cook and Jones prepared to fly to Rio de Janeiro for a working vacation. Vicious, in increasingly bad shape, was taken by a friend to New York, where he was immediately hospitalised.

Rotten flew to New York, where he announced the band's break-up in a newspaper interview on 18 January.

It was a sad end to a band that had breathed new life into a turgid music industry but a tour that made an indelible mark on a generation of music fans across the United Sates... they'd never seen anything like it before but they remembered it for the rest of their lives.

For more information about the Sex Pistols visit the band's official website.