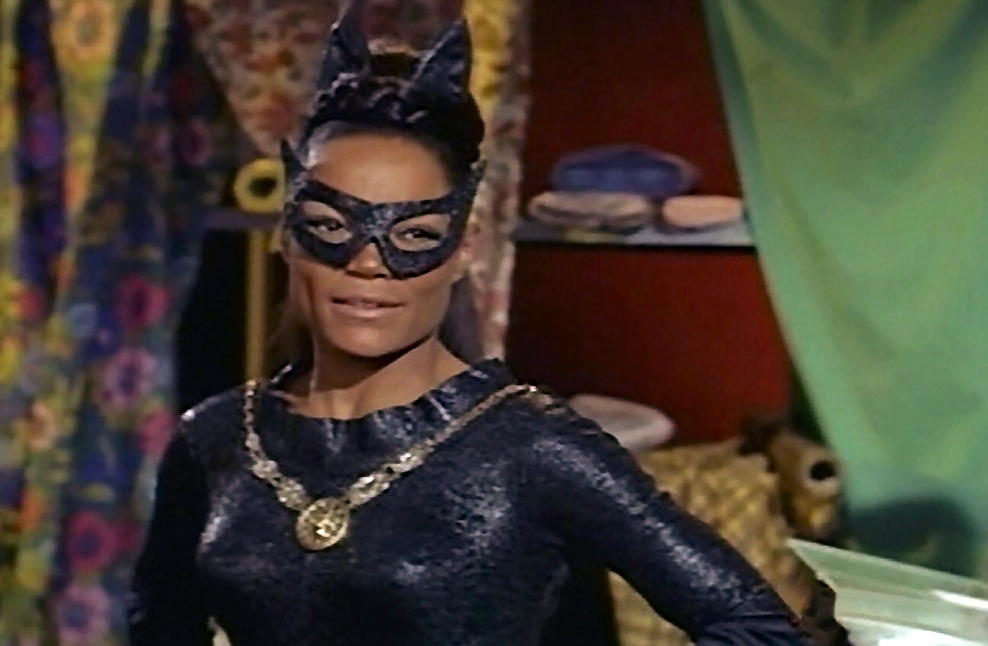 The lame legacy of Kitt-woman

It's weird how dressing a woman in stretch black lame can elevate her to a whole new dimension.

Eartha Kitt was already a highly successful singer and acclaimed actress when she took over the role of Catwoman from Julie Newmar for the third series of the 1960s TV series Batman, starring Adam West and Burt Ward, but once she put on that figure-hugging black catsuit her legacy was sealed.

A purring feline seductress with designs on Gotham City's riches and Batman himself, Kitt only played Catwoman in a handful of episodes of the campy crime show but she made the role her own with her lithe, cat-like frame and her distinctive voice.

During a long and illustrious career Kitt spent much of the time in the limelight but it's that image of her as Catwoman that shines the brightest.

Born 92 years ago today in South Carolina, Kitt was the daughter of a white father and a black mother, and from the age of eight she grew up with relatives in an ethnically diverse section of Harlem, New York City.

At 16 she joined Katherine Dunham’s dance troupe and toured the United States, Mexico, South America and Europe. When the Dunham company returned to the United States, the multilingual Kitt stayed in Paris, where she won immediate popularity as a nightclub singer.

She was discovered in Europe by actor-director Orson Welles, who reportedly called her "the most exciting woman alive" and cast her as Helen of Troy in his production of Dr Faustus. 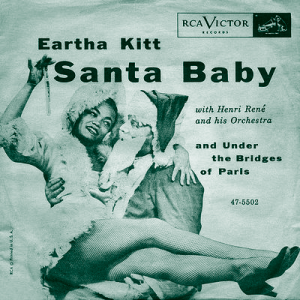 During an appearance in the Broadway revue Leonard Sillman’s New Faces in 1952 she sang Monotonous, a performance which really launched her music career and heralded her first album release in 1953. The recording featured such signature songs as I Want To Be Evil and C'est Si Bon, with the Christmas classic Santa Baby also released that year.

On the big screen, Kitt starred opposite Nat "King" Cole in St Louis Blues (1958) and won her only Academy Award nomination the following year for her role opposite Sammy Davis Jr as the title character in Anna Lucasta, in which she played a sassy young woman who is forced to use her womanly wiles to survive.

Her success continued in nightclubs; theatre productions, such as Mrs Patterson (1954–55) and Shinbone Alley (1957); but being cast as Kitt-woman for the third series of Batman propelled her career to a much wider audience.

But there was much more to Kitt than the saucy seductress whose feline charms wooed the world, she was also active in numerous social causes and in 1966 established the Kittsville Youth Foundation, a charity for underprivileged youths in the Watts area of Los Angeles.

She was also involved with a group of youths in Washington who called themselves Rebels with a Cause and supported their efforts to clean up their neighbourhood and establish recreation areas in an effort to keep them out of trouble. Kitt even testified with them before the House General Subcommittee on Education and Labour in 1967, commending them on their achievements.Rebels with a Cause subsequently received the funding they needed.

But Kitt was also a member of the Women's International League for Peace and Freedom and her criticism of the Vietnam War and its connection to poverty and racial unrest in 1968 brought a swift decline in her career.

Like many politically active public figures of her time, Kitt was under surveillance by the CIA, and her public condemnation of the war at a White House luncheon in the presence of the first lady led to a major slur campaign against her.

Her popularity took a significant hit in the US and she spent much of the 1970s performing abroad, mainly in the UK. Then in 1978 her performance on Broadway in Timbuktu! started a renaissance in her career. She earned a Tony Award nomination for her role in the play and received an invitation to the White House by President Jimmy Carter. In 1984 she returned to the music charts with Where Is My Man and continued to win acclaim for her music, including scoring a Grammy Award nomination for 1994's Back in Business.

Throughout her adult life Kitt had a tremendous work ethic and kept a busy schedule well into her 70s. In 2000 she netted a Tony Award nomination for her work in The Wild Party with Toni Collette and she picked up a Daytime Emmy Award for her vocal performance on the animated children's series The Emperor's New School, which she repeated in 2007.

Visit the Eartha Kitt website for more information about her.