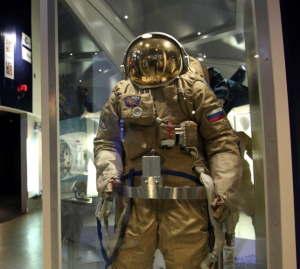 Housing two rockets in a 42-metre tower, the National Space Centre in Leicester is also home to the UK’s largest domed planetarium and features six galleries crammed with space memorabilia from suits and rockets to satellites and meteorites.

A museum and educational resource covering the fields of space science and astronomy, the centre is the result of a partnership between the University of Leicester's Space Research Centre and local government agencies. The total project cost £52m, £26m of which came from a Millennium Commission grant and the rest from private-sector sponsors.

The award-winning centre is located to the north of the city near the bank of the River Soar and provides an out-of-this world experience for the whole family, with the six themed galleries taking visitors on a journey of space discovery that features exhibits such as one of only three known Soyuz spacecraft in the West, the others being in France and the US.

From the sight of the centre's futuristic Rocket Tower, the huge indoor attraction, with eight zones of interactive exhibits housing rockets, satellites and capsules, plus hundreds of hands-on activities and thrilling audio-visual experiences, provides a fun learning experience for adults and children alike. 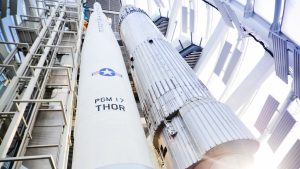 The iconic semi-transparent Rocket Tower is clad in hi-tech “pillows” and was specially designed to house the centre’s largest artefacts, the Blue Streak and Thor Able rockets, plus the Gagarin experience, Apollo lunar lander and real moon rock.

Tickets to the National Space Centre also include admission to one of the award-winning shows at the Sir Patrick Moore Planetarium, which combine the latest video technologies, sound and computer animation to immerse visitors in a 360º full-dome cinema experience.

A tour of the Into Space zone takes visitors on a walk-through of a mock-up Columbus Module from the International Space Station, as well as answering one of the most-asked questions at the National Space Centre... how do you go to the toilet in space?

Satellite navigation, weather forecasting, disaster warnings and changes to our fragile planet are all highlighted in the Orbiting Earth gallery, which also contains a weather pod and explains how space satellites make a real difference to our lives.

The Our Solar System gallery gives visitors a chance to learn about the planets and even take time out to drive a Martian rover on the red planet, while Exploring the Universe offers a broader view of space such as the science behind the search for extra-terrestrial intelligence, the big bang and how the sun fits into the great scheme of things.

Other galleries include the Tranquillity Base, where visitors become a trainee astronaut on a lunar base in the year 2025, and the Space Oddities area, which showcases unusual objects that reveal some of the less well-known stories in space history and houses an interactive touch-table that allows visitors to explore objects in further detail.

For more information about the National Space Centre visit the website.