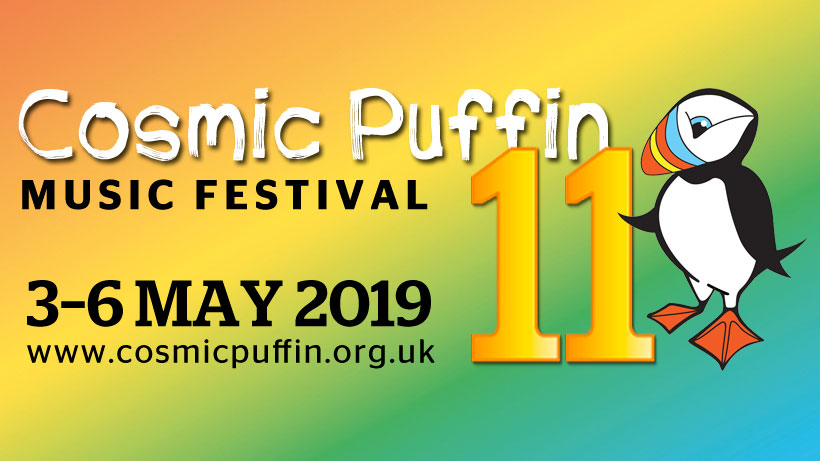 Festival with firm focus on fund-raising

It has to be one of the most memorable names for a music festival, but its root stems from the charity gig in 2008 that first inspired it.

Now into its second decade, the Cosmic Puffin Festival started out as a fund-raising event for a charity at Basildon and Thurrock Hospital that enables parents of sick children to stay in lodgings near where their children are being treated so they can visit easily and regularly.

Hence the Children of St Mary’s Intensive Care provided the word Cosmic and the ward at Basildon hospital where the children coming out of intensive care go to convalesce, called Puffin... gave rise to the second part of the name.

From these humble beginnings the festival has grown year on year, while staying true to its charitable, child-friendly origins. 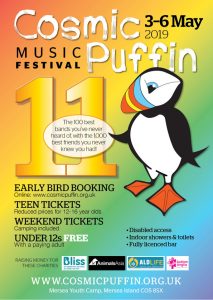 Held during the May bank holiday weekend each year on Mersea Island at Mersea Youth Camp, near Colchester, the aim of the event is to raise money and awareness for various charities, with the event run and staffed by volunteers.

This year the Cosmic Puffin Festival takes place from Friday, 3 May, to Monday, 6 May, and will be raising funds for baby-care charity BLISS, patient-support organisation Aldlife, Hong Kong-based wildlife-welfare project Animals Asia and Autism Anglia.

The festival is held on the beach front with an indoor stage overlooking the sea from the bar and will feature Charcoal, Children of the Fuzz, Deviant Amps, Eclectic Spacemonkey, Fielding's Dream Correction, Flutatious, Ghosts Of Men, Josh Island, Josh Tom, Kozmik Ken, Longdaylatenight, Lucy and the Charms, Lynchwood, Nukli, Paradise 9, Rowan Anne, Spacedogs, Spannerman, Spiral Navigators, Spirits of the Earth, Strike The Sun, Tanglemist and The Majestic, with more bands to be announced.

Camping is accommodated, plus there will also be food available and plenty of crafts and activities for everyone... including a kids' area full of fun things to do and make.

For tickets and more information about Cosmic Puffin Festival visit the website.