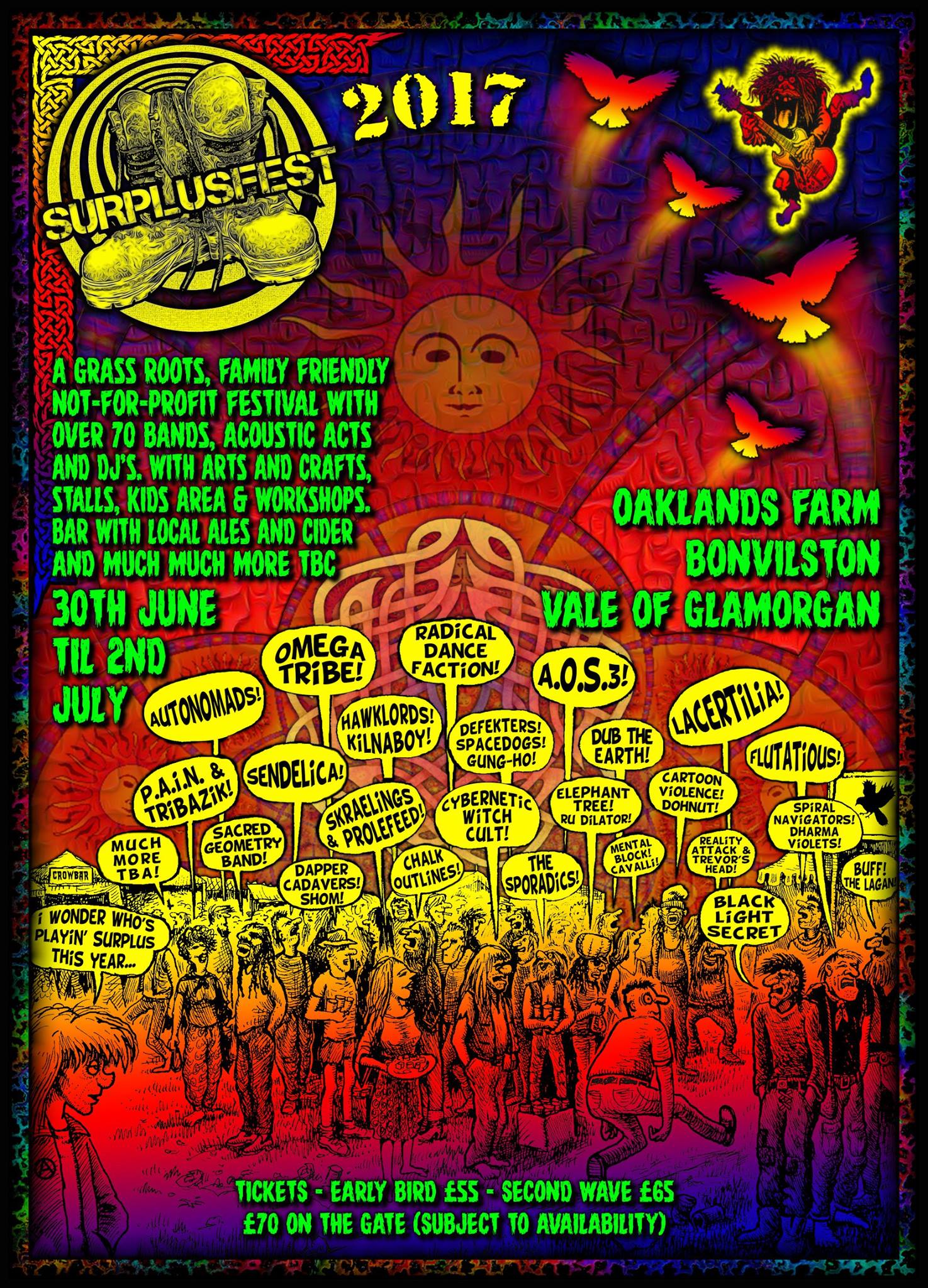 Fun and frolics on an organic farm

There's a rumour going around South Wales that the "clans will be gathering" for three days of "fun and frolics" on an organic farm in Bonvilston.

And, you know what, the rumour seems to be true as there's a website and posters to back it up.

It seems the merriment will all be centred at Oaklands Farm, which is just off the M4 about 20 minutes from Cardiff.

During the other 362 days of the year the site is an organic farm and yoga retreat, but from Friday, 30 June, to Sunday, 2 July, this year it'll be pumping to the sounds of some of South Wales' most sacred charms across five stages: the Crow, the Levitation, the Incubator, Tavarn Llwyth, and Something Different.

The Crow is where the "wreck 'n' roll" will take place with Tribazik, Cartoon Violence, Dohnut and The Bungle Cult kicking things off on Friday night.

AOS3, Flutatious, The Chalk Outlines and Buff crack the bottle on the Levitation stage on Friday, with Hawklords finishing up proceedings on Saturday and Kangaroo Moon on Sunday.

And the list of enthusiastic performers doesn't stop there with the Incubator, Tavarn Llwyth, and Something Different stages all crammed with exciting acts such as Slam Fish, Crystal Logic, Iolo, The DMT Experiment, Kazmik, Gavin Woo, Shagg Waan, Clusterfuck, Squid Boy and Pryme Cut Collective, plus many more.

And while there's no shortage of music on the menu for the weekend there's also a kid's area that includes games and activities, disco, willow weaving, treasure hunt, storytelling and silly sports.

A standard weekend ticket for Surplus Fest costs £65 in advance, with children under 15 allowed in free of charge. There's also a "live-in" vehicle pass at £15 and you can bring the dog, but that'll cost another £10, with a special dog-walking area on site.