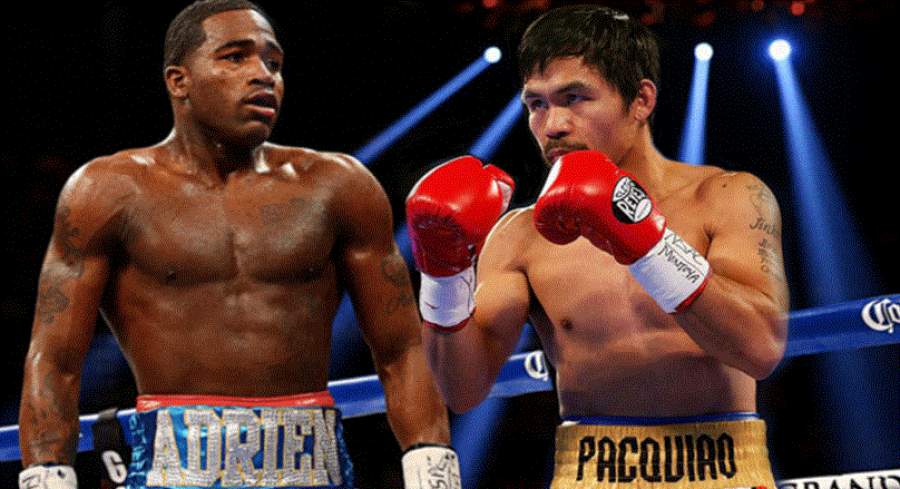 He was renowned as being boxing's only eight-division world champion when he retired in 2016 after beating Timothy Bradley at the MGM Grand to reclaim his WBO welterweight crown, but when you've won 58 fights it must be hard not to go for 60... which could explain why Philippines legend Manny Pacquiao returned to the ring in Las Vegas seven months later to beat Jessie Vargas in the 12th round at the age of 38.

That took Pacquiao's amazing record to 59 wins, six defeats and two draws during a career that had spanned 21 years and began with a fourth-round victory against countryman Edmund Enting Ignacio on 22 January 1995.

Having entered the world of politics in 2010 as a congressman, Pacquiao moved up to the Philippines Senate after the elections in July 2016 but that didn't hamper his return against Vargas, although in his next fight in July 2017 he controversially lost his title to Australia's Jeff Horn.

But a year later Pacquiao finally reached 60 career victories against Argentine slugger and world champion Lucas Matthysse in Kuala Lumpur when he reclaimed his title to begin a remarkable fourth reign as welterweight world champion.

Now at the age of 40, and 24 years after his first fight, "Pac-Man" is ready to enter the ring for the 70th time... going up against former four-division world titleholder Adrien Broner later this month at the MGM Grand.

With his WBA welterweight title on the line against "The Problem", Pacquaio is coming off a vintage display when he stopped Matthysse inside seven rounds. Broner, one of the most talented fighters in boxing, is aiming for his second stint as 147-pound champion.

A three-time Fighter of the Year and the Boxing Writers Association of America’s reigning Fighter of the Decade, Pac-Man has scored 39 knockouts in his career and has had victories over at least seven current and future boxing Hall of Famers, including Oscar De La Hoya, Ricky Hatton, Marco Antonio Barrera, Erik Morales, Miguel Cotto, Shane Mosley and Juan Manuel Marquez.

Pacquiao, who was born on 17 December 1978 in Sarangani Province, Philippines, is the fourth of six siblings and reputedly ran away from home to live on the streets of Manila at the age of 12 because, according to his long-time trainer Freddie Roach, his father cooked the family dog.

“Manny ran away from home after his father ate his dog and he lived on the street, where he bought doughnuts at a doughnut store and then sold each one for a nickel more to survive,” said Roach. “He slept in a cardboard box. He fought his way through all this, and look at the man he is today."

A run of 12 wins followed and Pacquiao claimed his first world title – the WBC flyweight belt – with an eight-round stoppage of Chatchai Sasaku in Thailand in 1998.

But after failing to make the weight against Thailand's Medgoen Singsurat in September 1999 he was stripped of the title and moved up in weight to clinch a sixth-round knockout against Lehlo Ledwaba in his first fight in the United States in 2001 to be crowned International Boxing Federation junior featherweight champion. Following four successful defences, he knocked out Mexican Barrera on 15 November 2003 to become The Ring magazine featherweight titleholder.

Over the next few years, Pacquiao fought a series of high-profile bouts, winning the WBA and IBF featherweight titles, the WBC and The Ring’s junior lightweight crown, and the WBC lightweight title.

His rise was aided by American trainer Roach, who transformed the left-handed slugger into a multifaceted boxer without detracting from his natural aggression. He was named the Boxing Writers Association of America and The Ring’s Fighter of the Year in 2006 and 2008.

On 6 December 2008 Pacquiao thrashed American boxing star De La Hoya in a celebrated non-title welterweight bout in Las Vegas and by then had become a complete fighter, combining excellent footwork, blazing speed and a vastly improved defence to be widely considered, pound-for-pound, the world’s finest boxer.

He beat Ghanaian Joshua Clottey over the same distance to defend that title on 13 March 2010 and became the first and only boxer to win world titles in eight different weight divisions when, later that year, he defeated Antonio Margarito in a unanimous decision to lift the WBC light-middleweight crown.

But a 15-bout winning streak came to an abrupt end in June 2012 when he lost his WBO welterweight title to Bradley in a controversial split decision and six months later lost a non-title bout to Marquez when he was knocked out in the sixth round.

It was the first time Pacquiao had been knocked out since his 1999 non-title fight against Singsurat but he regained the WBO welterweight belt in April 2014 by beating Bradley in a unanimous decision.

Pacquiao’s next major bout was against the undefeated Floyd Mayweather in May 2015, a much-anticipated contest that the two fighters’ camps had been negotiating for more than six years. Pacquiao was unable to mount an effective offence against Mayweather, who was arguably the greatest defensive fighter of his generation, and he lost by unanimous decision.

After winning the world crown back against Bradley he made the decision to retire... but somehow he'll be back in the ring later this month.