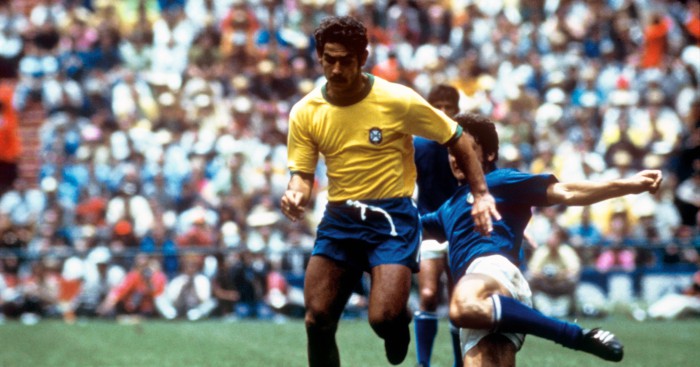 The most iconic moustache ever witnessed at a World Cup

The 2018 World Cup in Russia was a marvelous festival of football won by a wonderful team from France but in 48 years' time how many of that great side will be remembered in the way the iconic Brazilian team that lifted the trophy in 1970 is.

Carlos Alberto captained Brazil to glory in 1970 but the team also included the likes of Tostao and Gerson, as well as three of perhaps the greatest players to grace the world stage in Pele, Jairzinho and the moustachioed marvel Rivelino... born 73 years ago today.

Roberto Rivelino's thunderous long-range shots and cannon-like free-kicks are some of many lasting memories of that great side, along with his silky dribbling skills and majestic moustache.

Born in Sao Paulo in 1946, he was 24 at the time of the World Cup in Mexico and scored three fantastic goals including a trademark free-kick in the 4-1 win against Czechoslovakia in their opening match which earned him the nickname "Patada Atomica" (Atomic Kick) by Mexican fans. 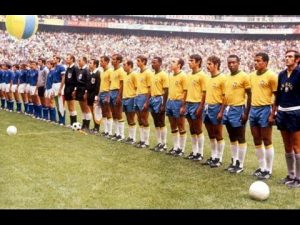 Further goals came in the 4-2 quarter-final victory against Peru and the 3-1 semi-final triumph over Uruguay, helping Brazil through to one of the most memorable World Cup finals ever when they smashed Italy 4-1 to win the trophy for the third time.

Rivelino's close control, feints and ability with his left foot made him one of the best midfielders of his generation, with Argentinian legend Diego Maradona naming him as one of his greatest inspirations growing up.

A genuine midfield maestro in his prime, he spent most of his career with Corinthians although failed to win the domestic Sao Paulo championship during his 10 seasons at the club. But his loyalty was much appreciated by the club's fans who nicknamed him "Reizinho do Parque" (Little King of the Park).

Rivelino also had a three-year spell with Fluminense before going to El Helal in Saudi Arabia towards the end of his playing career.

He represented Brazil at three World Cups, also making the squads for 1974 and 1978 where they finished in fourth and third place respectively.

In West Germany in 1974, Brazil lacked the flair of 1970 and failed to shine but Rivelino was one of the few Brazilians to stand out at the tournament. In 1978 he was kept on the bench for most of the time but was instrumental in the third-place match when Brazil came from behind to beat Italy 2-1.

After retiring as a player in 1981, he started a career as a football commentator and coach, briefly managing Shimizu S-Pulse in Japan's J League.