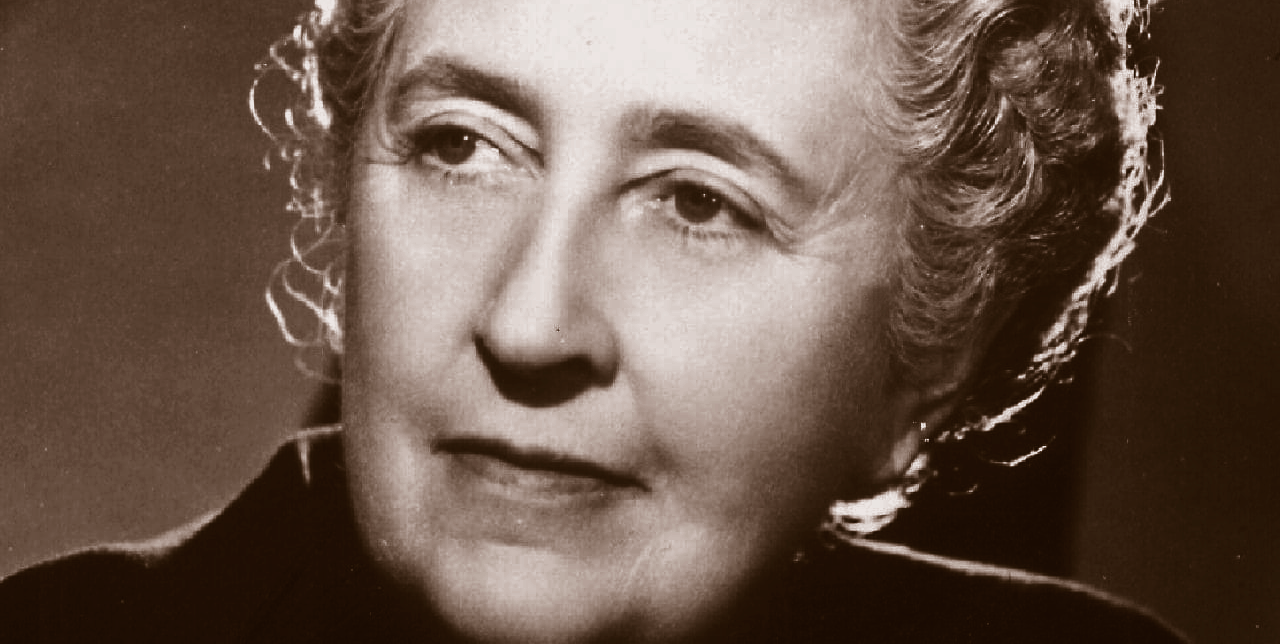 The queen of detective fiction, Agatha Christie was a master of mystery creating characters who captivated the imagination of people all over the world... her books translated into more than 100 languages and selling more than 100 million copies.

It was 43 years ago today that she passed away aged 85 at her home in Winterbrook House in Wallingford, Oxfordshire, leaving a huge literary legacy that included more than 100 works from crime novels, short stories and plays, to non-fiction and even romance.

But her most famous genre was detective fiction and the mysteries uncovered by her elderly spinster Miss Jane Marple and the Belgian detective Hercule Poirot.

But perhaps the biggest mystery of all was what happened to the famous writer herself during 11 days in December 1926.

The 36-year-old author had already penned six novels and several short stories and had achieved some commercial and critical success. She had married her husband Archibald Christie six months after the outbreak of World War I and he rose through the military ranks to return to Britain in 1918 as a colonel in the Air Ministry.

After the war the couple settled into married life, with Christie giving birth to her only child, Rosalind, in August 1919 as he embarked on a new career in London, where he worked for the Imperial and Foreign Corporation until 1922 when he was offered a position as financial adviser for the British Empire Exhibition Tour.

The purpose of the tour was to promote the forthcoming British Empire Exhibition, which was to be held at Wembley in 1924 and 1925, and the couple left in January 1922 to travel the world for 10 months.

After they returned from the tour, he found a job in the city and established himself in the financial sector, soon joining Sunningdale Golf Club where he spent his weekends while Christie worked on her novels in their London flat.

In 1924 they moved to Sunningdale and at the beginning of 1925, Christie was invited to participate in a committee to design and organise a children's section of the 1925 British Empire Exhibition, where she met and worked closely with socialite Nancy Neele.

In April the following year Christie's mother died and for several months she moved back to her childhood home in Torquay to sort her mother's belongings. In August her husband visited and told her he wanted a divorce as he had fallen in love with Neele, who was now his secretary. 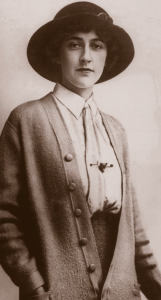 A few months later, on 3 December, perhaps the greatest mystery of Christie's life unfolded when she strangely disappeared from their Sunningdale home.

At shortly after 9.30pm she got up from her armchair and climbed the stairs to kiss her sleeping daughter, aged seven, goodnight and made her way back downstairs. She then climbed into her Morris Cowley and drove off into the night, not to be seen again for 11 days.

Her disappearance would spark one of the largest manhunts ever mounted, with more than a thousand policemen assigned to the case, along with hundreds of civilians. For the first time, planes were also involved in the search.

It didn’t take long for the police to locate her car. It was found abandoned on a steep slope at Newlands Corner near Guildford. But there was no sign of Christie nor was there any evidence that she’d been involved in an accident.

The press had a field day, inventing lurid theories as to what might have happened. It was the perfect tabloid story, with all the elements of a Christie whodunnit. Close to where the car was found was a natural spring known as the Silent Pool, where two young children were reputed to have died. Some journalists suggested the novelist had drowned herself.

Yet her body was nowhere to be found and suicide seemed unlikely as her professional life had never looked better. Her sixth novel, The Murder of Roger Ackroyd, was selling well and she was already a household name.

Some said the incident was nothing more than a publicity stunt, a clever ruse to promote her new book. Others hinted at a far more sinister turn of events. There were rumours she’d been murdered by her husband.

By the second week of the search, the news had spread around the world. It even made the front page of the New York Times.

Not until 14 December, 11 days after she disappeared, was Christie found, safe and well in a Harrogate hotel, but in circumstances so strange they raised more questions than they solved. She was unable to provide any clues to what had happened and remembered nothing. It was left to the police to piece together what could have taken place.

They came to the conclusion she had left home and travelled to London, crashing her car en route. She had then boarded a train to Harrogate and checked into the Swan Hydro hotel with almost no luggage. Bizarrely, she used the assumed name of Theresa Neele.

Harrogate was the height of elegance in the 1920s and Christie did nothing to arouse suspicions as she joined in with the balls and dances. She was eventually recognised by one of the hotel’s banjo players, Bob Tappin, who alerted the police. They tipped off her husband, who came to collect her immediately.

Christie never spoke about the missing 11 days of her life and over the years there has been much speculation about what really happened but the author soon made a full recovery and once again picked up her pen. But she was no longer prepared to tolerate her husband’s philandering and they divorced in 1928. He married Neele, while she later married the distinguished archaeologist Sir Max Mallowan and together they spent several months each year on expeditions in Iraq and Syria.

The 1979 dramatic film Agatha was based on her strange disappearance, with Agatha and Archie portrayed by Vanessa Redgrave and Timothy Dalton.

Born in Torquay on 15 September 1890, Christie was educated at home by her mother and began writing detective fiction while working as a nurse during World War I. Her first novel, The Mysterious Affair at Styles (1920), introduced her eccentric and egotistic Belgian detective Poirot, who reappeared in about 25 novels and many short stories.

The elderly spinster Miss Jane Marple, her other principal detective figure, first appeared in Murder at the Vicarage (1930).

Christie’s plays include The Mousetrap (1952), which set a world record for the longest continuous run at one theatre (8,862 performances over more than 21 years at the Ambassadors Theatre, London) and Witness for the Prosecution (1953), which, like many of her works, was adapted into a successful film (1957). Other notable film adaptations include Murder on the Orient Express (1933; film 1974 and 2017) and Death on the Nile (1937; film 1978). Her works were also adapted for television.

Christie also wrote romantic non-detective novels, such as Absent in the Spring (1944), under the pseudonym Mary Westmacott. She was created a Dame of the British Empire in 1971.

For more information about the author's life visit the Agatha Christie website.