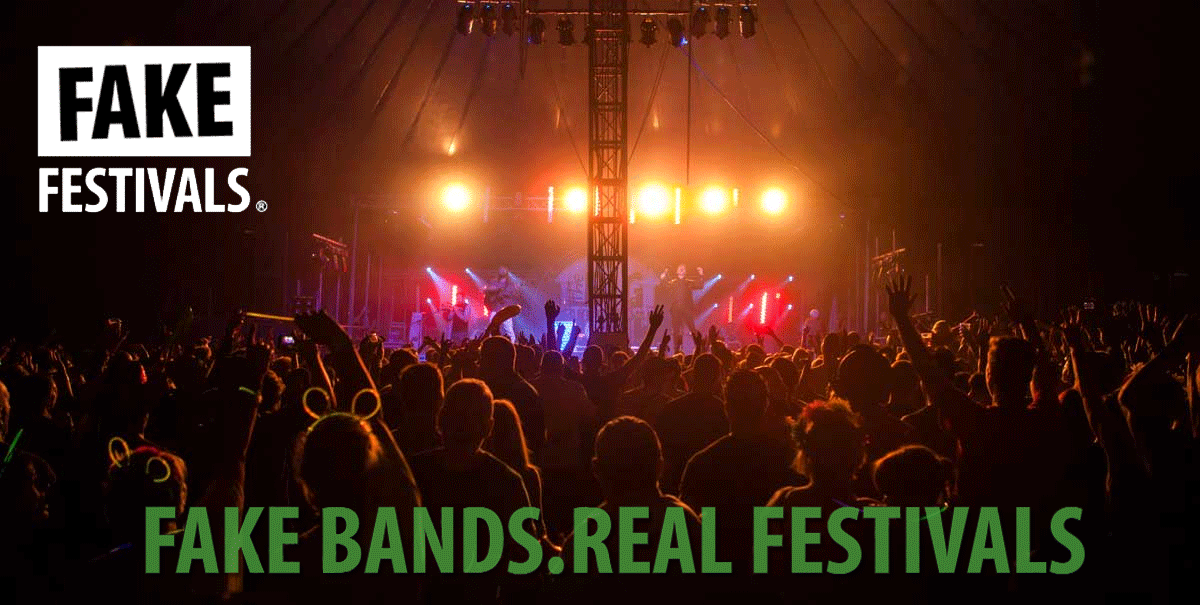 Nottinghamshire's Thoresby Park is the setting for one of the biggest gatherings of "fake" bands seen in the UK, with The Big Fake Festival bringing 24 unreal acts together for three days of the nation's favourite hits from 30 August to 1 September 2019.

The conclusion to a summer of "Fake Festivals" across the country, The Big Fake Festival is now in its sixth year and operates in exactly the same way as the individual events that tour the UK from the end of April to the end of August, except on a larger scale. 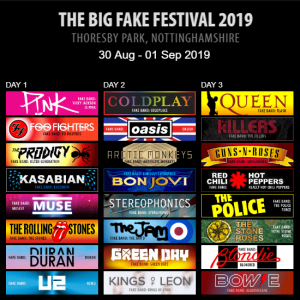 Day one on Friday, 30 August, opens with New 2 at midday, followed by Duran, The Stones, Musest, Kazabian, Jilted Generation, Fu Fighters and finishes up with Vicky Jackson Is Pink from 10.45pm.

No prizes for guessing what music they'll be playing, except perhaps for Jilted Generation... who're no mugs when it comes to playing hits by The Prodigy.

The Saturday sees Kings Of Lyon on stage from midday, with Green Date up next, followed by The Jam'd, Stereotonics, Bon Jovi Experience, Antarctic Monkeys, Oasish and Coldplace concluding the performances from 10.45pm.

Another packed bill on Sunday starts with Aladdinsane at midday, followed by Blondied, Total Stone Roses, The Police Force, Really Hot Chili Peppers, Guns 2 Roses, The Fillers and Flash from 10.45pm, who, you guessed it, will perform numbers by Queen.

Camping at Thoresby Park for the weekend is free for all festival ticket holders, without booking, but the best pitches are taken first so it pays to arrive early.

There is also adequate free parking for those attending the festival and camping out, with both the camping and parking having 24-hour security to ensure everyone can relax and have a great fun-packed weekend.

The 24 bands playing at The Big Fake Festival will also be out and about during the summer at some of the 36 one-day Fake Festivals being staged around the country, each one seeing six of the acts performing.