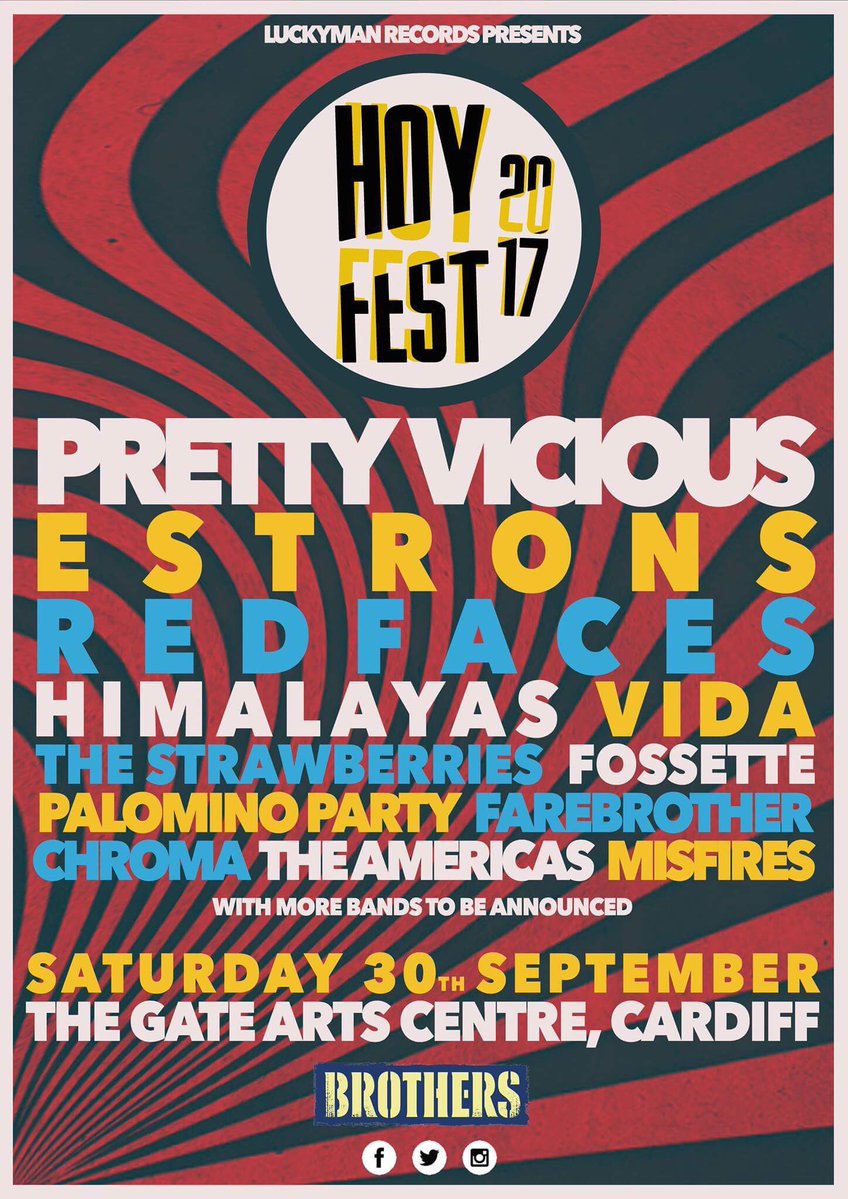 Pretty Vicious and Himalayas on the bill

It's a fair way off yet but Hoyfest is shaping up very nicely so far.

Entering it's second year in existence in 2017, the event will take place at The Gate Arts Centre on 30 September.

And so far the 400-capacity converted Grade II church in the heart of Cardiff is set to come alive to the sounds of top indie act Estrons, who are currently playing venues around the UK following a highly successful spring touring season when they hit a total of 20 cities in four different countries.

Also already announced for the bill are Pretty Vicious, Himalayas, Vida, The Strawberries, Misfires, The Americas, RedFaces, Palomino Party, Farebrother, Fossette and Chroma with more bands yet to be announced.

Watch out for more Hoyfest announcements.