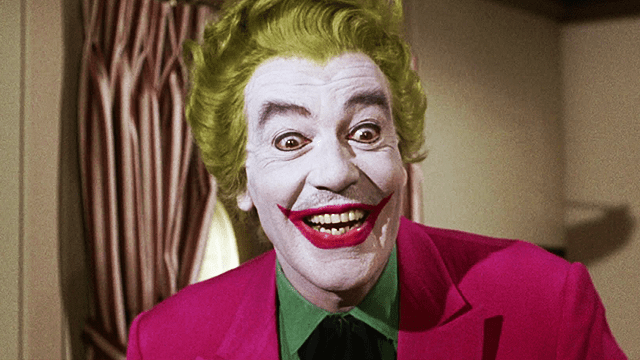 Iconic nemesis of the Caped Crusader

The Tinseltown rumour mill is rife with stories about Warner Bros’ upcoming Batman movie starting production later this year, with the Penguin being heavily touted as the main villain of director Matt Reeves’ upcoming movie.

But, who knows? Perhaps The Joker will return as the Caped Crusader's nemesis in the one-off production... after all it is 25 years today since the passing of perhaps the most iconic of his incarnations... that played by the wonderful Cesar Romero, who passed away on 1 January 1994 at the age of 86.

Tall, suave and sophisticated Romero had two claims to Hollywood fame. To one generation he was the distinguished Latin lover of numerous musicals and romantic comedies from the 1930s, and the rogue bandit The Cisco Kid in a string of low-budget westerns but to a later generation weaned on television, Romero was better known as the white-faced, green-haired, cackling villain of the camp 1960s Batman TV series and the 1966 movie spin-off directed by Leslie H Martinson.

Romero was born of Cuban parents in New York City in February 1907 and attended the Collegiate School and Riverdale Country School before working as a ballroom dancer. He first appeared on Broadway in the 1927 production of Lady Do and then in the stage production of Strictly Dishonorable. His first film role was in The Shadow Laughs (1933), after which he gave strong performances in The Devil Is a Woman (1935) and in the Shirley Temple favourite, Wee Willie Winkie (1937). 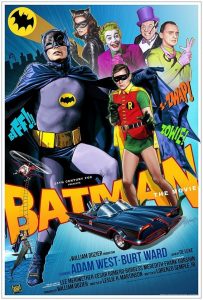 But to the 1960s TV generation, Romero was remembered for his villainous role in 22 of 120 Batman episodes aired on the ABC network for three seasons from 12 January 1966 to 14 March 1968, starring Adam West and Burt Ward as the Dynamic Duo.

And in the 1966 film spin-off Romero starred as one of Gotham City's four most powerful villains as they sought to bring down the United World Organization's Security Council.

The film includes most members of the original TV cast: with West and Ward as Batman and Robin, Romero as The Joker, Burgess Meredith as The Penguin, Frank Gorshin as The Riddler, although Catwoman is played by Lee Meriwether rather than Julie Newmar, who had the role for most of the TV series.

Visit fandom.wikia.com for more information about Batman: The Movie.