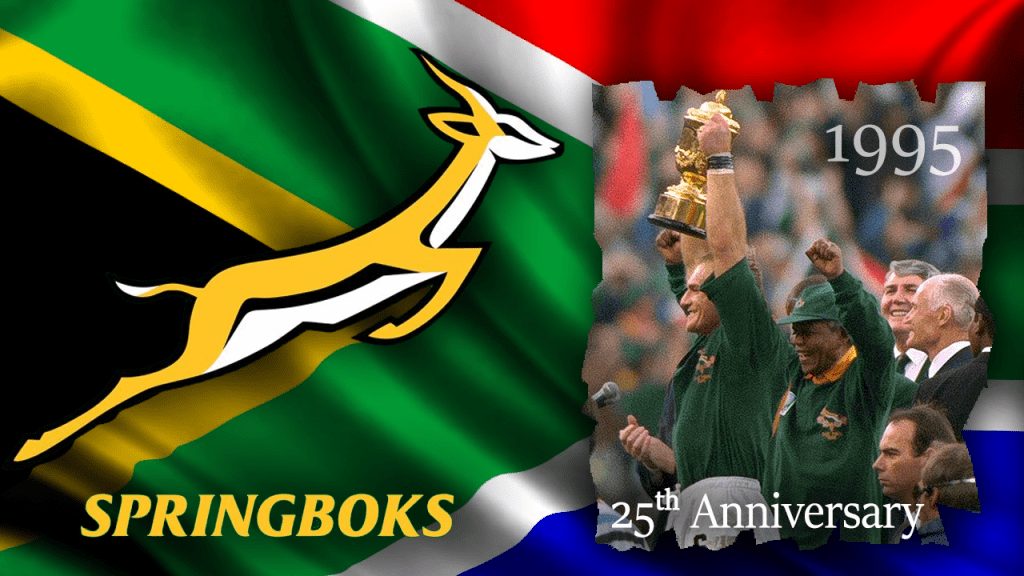 An inspiration to a nation

Last week, on 24 June, it was the 25th anniversary of the 1995 Rugby World Cup final when Francois Piennar inspired a nation by leading South Africa to their first World Cup triumph on home soil, earning great praise for his leadership from South African president Nelson Mandela.

The 1995 Rugby World Cup was the first major tournament held in South Africa following apartheid and the first in which the Springboks had participated, having only been readmitted to international rugby by the International Rugby Football Board (now World Rugby) in 1992.

In the final at Ellis Park in Johannesburg, South Africa beat New Zealand 15-12, with outside-half Joel Stransky scoring a drop-goal in extra-time to win the match... READ MORE